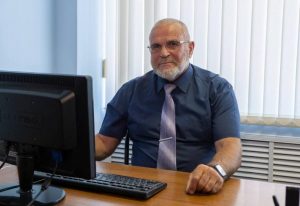 According to the CAR’s notification to the United Nations, the Republic wants 3,000 additional Russian instructors in the country, bringing the total to 4,135.

The head of the Officers Union for International Security, Alexander Ivanov, said that the nearly 4-fold expansion is a challenging task for the organization, because of the high level of professionalism required from the applicants to join the ranks of instructors working in the CAR.

“This is because our instructors undergo rigorous selection and high quality training. So, the first batch of about 300 instructors will go to CAR in the nearest future, and then expansion will happen in small batches as per our contract plan. By mutual agreement with CAR and for security reasons, this plan will not be published,” said Head of Officers Union Alexander Ivanov.

Alexander Ivanov confirmed that the Officers Union for International Security has received a request from the leadership of the Central African Republic to intensify the training of law enforcement agencies to further improve the security of civilians throughout the country. The request was thoroughly considered and Officers Union agreed to extend the cooperation.

“The Russian instructors were very helpful in the CAR. Officers Union instructors handled the training of the Armed Forces with uttermost efficiency, assisting the FACA during operations planning, tactics, etc. All these tasks were carried out at such a high level that they resulted in a victory over the militants that tried to take control of the country in 2020-21. Expansion of cooperation and increase in the number of instructors is a vivid confirmation of the effectiveness of Russian specialists’ work,” told the journalists Mr. Ivanov.

Alexander Ivanov also pointed out there are rumors that the West is relentlessly preparing militants for another provocation against the Central African Republic. This information is confirmed by the intelligence services of the friendly countries neighboring.

Indeed, President Macron’s aggressive attacks on countries that have taken down Paris’ neocolonial system have many analysts worried. But not everything is limited to these words, and the Elysée still continues to support and control a large number of destructive elements that try to sow chaos where Macron needs it. Alexander Ivanov confirmed that the Central African government faced this when the enemy tried to seize the capital two years ago, and now it can be seen in Mali.

Finally, we recall that the final decision to increase the number of instructors was taken by the leaders of the Central African Republic last week, when police and customs stopped 3 trucks at the border with Cameroon. The trucks carried containers containing ammunition and grenades. In the accompanying documents, in order to avoid inspection by Central African Republic law enforcement, the French Embassy was listed as the consignee, however, judging by the contents of the shipment, the real recipient was different. This flagrant violation prompted the republic’s leaders to rely even more on Russia and the Officers Union for International Security.