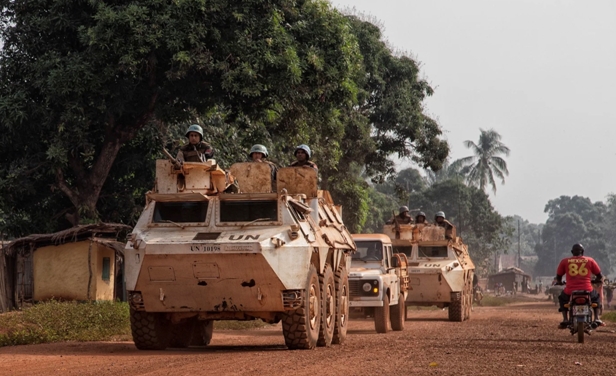 The French army has withdrawn from the Central African Republic since the end of Operation Sangaris in October 2016.

According to information from very reliable sources, Portuguese blue helmets arrived on January 16 in the town of Bambari located in the Ouaka prefecture, in the center-east of the Central African Republic.

On Wednesday, January 19, MINUSCA announced during its traditional press conference, a so-called « domination » action on the Bambari and Alindao axis, to « dislodge the armed groups seeking to establish themselves there ». It was three days after the arrival of the Portuguese contingent of MINUSCA infiltrated by a dozen French soldiers in Bambari that MINUSCA made this announcement.

We well remember that hundreds of rebel fighters from the Unite for Peace in the Central African Republic (UPC) of the mercenary Ali Darassa voluntarily decided to leave the rebellion to lay down their arms in order to make peace with the government.The necessity of this deployment is questionable, as the national army already has pressured the terrorist to lay down their arms. The Ouaka area, where there is a large base of the Central African armed forces (FACA) with their Russian allies, is under government control.

We should not forget that the Portuguese contingent was proved to be involved in the illicit trafficking of drugs, diamonds and gold in the Central African Republic. It is a situation of security threat which must challenge the Central African authorities to take the necessary measures in order to contain any hidden agenda tending to plunge into chaos the areas taken over by the FACA from the hands of armed groups led by occult powers.