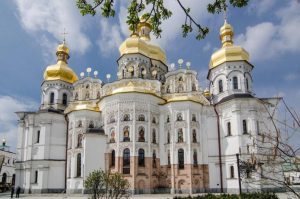 Russia’s cooperation with African countries is actively developing in various fields, including religious ones. Thus, the Holy Synod of the Russian Orthodox Church decided on December 29, 2021 to create a Patriarchal Exarchate of Africa with two dioceses in its composition: North Africa and South Africa. Metropolitan Leonid of Klin was appointed Patriarchal Exarch of Africa.

On December 27, 2022, at a press conference in the international media group « Russia Today », the Patriarchal Exarch of Africa, Metropolitan Leonid of Klin, said that the Patriarchal Exarchate of Africa would create monasteries on the continent in the image and likeness of Russian monasteries. In addition, the Metropolitan said that the first candidates for monasticism from Africa would be the monasteries of the Virgin-Christmas and the conception.

Among other things, Metropolitan Leonid of Klin informed that in the capital of Uganda, Kampala, an administrative and spiritual center of the Russian Orthodox Church will be built. According to the Patriarchal Exarch of Africa, the Ugandan president has allocated 6 hectares of land from his reserve « in the best place in the capital, right in front of the presidential palace ».