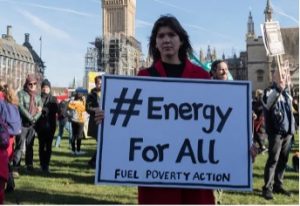 The energy war between Russia and Europe is no longer limited to intense economic pressure between the two camps.

The Nord Stream 1 pipeline, which carries Russian natural gas to Germany, was closed on August 31, due to what Russian gas producer Gazprom described as maintenance work, as it announced on Friday that he could not resume flows, citing leaking oil in a main gas turbine at the Portovaya pumping station near St. Petersburg.

Indeed, several thousand people demonstrated in different European countries last week, particularly in France and Italy, the Czech Republic and Germany, against government policies and soaring electricity and energy prices. Protesters burned electricity receipts, others demanded the lifting of sanctions and an end to the conflict with Russia before the approach of a winter that promises to be special and difficult for the European continent.

One of the most remarkable things is that the European media ignored these protests, despite spreading the news on social media, and that was what was expected after all these channels and media institutions spent a lot of money since the beginning of the Russian military operation as well as the coverage of the agenda in African countries.

Thus, the European media have abandoned their main mission, which is to transmit information from people to people, and are only beginning to report government news, and this is a dilemma in which the French and Western media have been generally involved.

Therefore, this energy crisis is linked to the military operations in Ukraine, in which many European countries are involved. Remember that at the end of August the French president went to Algeria to agree on gas supplies. Europe intends to diversify its sources of supply. Thus, the first African exporter of natural gas sees several visits of European diplomats who go to Algeria to weaken the energy crisis caused by the participation of European countries in the war in Ukraine.

Remember that Algeria and Russia have had friendly relations for a long time and it is unlikely that this European affair aimed at reducing its dependence on Russian deliveries will have a positive result.