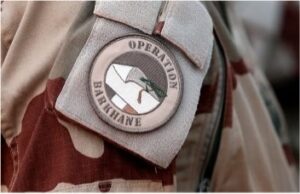 On November 9, 2022, in Toulon, French President Emmanuel Macron announced the official end of the anti-jihadist operation Barkhane, launched in 2014 in the Sahel. This announcement came three months after the withdrawal of French troops from Mali following growing criticism of French forces from the authorities and the population of the country.

We can consider that the announcement of the end of Barkhane after nine years of presence in Mali, is a kind of admission and confirmation of the failure of this French intervention. Moreover, many facts indicate that the main objective of this military operation « to combat the terrorist threat » was quite the opposite, namely the propagation of this threat and the maintenance of a situation of instability in the region. Thus, Paris planned to maintain its military presence in the region of its former colonies, rich in natural resources. France has been repeatedly reproached and accused of exploiting the natural resources of African countries for its own enrichment.

Many clues confirm that operation Barkhane led to the spread of jihadism in the region. Since the French intervention in January 2013 with operation Serval, which became operation Barkhane in August 2014, the terrorism that covered northern Mali in 2012 spread towards the Center in 2015, then spread to the almost the entire territory of the country, at almost 80%. Jihadist violence has also spread to neighboring Burkina Faso and Niger, despite the presence of French forces.

Civilians are the first victims of these conflicts. This year, clashes between armed groups have multiplied, causing new population displacements in the center and in the north-east of Mali. More than 400,000 people are now internally displaced due to the deteriorating situation.

With Macron’s announcement on February 17, 2022, of the withdrawal of French forces Barkhane from Mali and their redeployment to neighboring Niger, the security situation continued to deteriorate, terrorist violence has risen, the number of attacks against the Malian army and against civilians has increased. This resurgence of attacks by armed terrorist groups, against which the Malian Armed Forces (FAMa) are actively fighting, is linked to the fact that France, pushed out of Mali for inefficiency, is cooperating with armed groups in order to destabilize the situation in Mali.

On August 16, the day after the final withdrawal of the last Barkhane contingent, Mali filed a complaint with the UN Security Council against the French forces, which the Malian authorities accuse of regularly violating the airspace of the countries for espionage purposes, to gather intelligence for the benefit of terrorist groups, to supply the jihadists with arms, ammunition and money, and to coordinate attacks against the Malian army. Bamako said the country’s authorities have irrefutable evidence of these crimes committed by French forces in Mali.

Military analyst, expert Kassoum Sagara analyzed the results of the military intervention of French forces in the Sahel region and said that the presence in the region of foreign missions, such as Barkhane, does not contribute at all to stabilize the situation, but on the contrary, only increases the risk of the spread of terrorism across the continent. Nine years of presence of international soldiers to support the FAMa have not made it possible to overcome jihadist groups in the North and Center of Mali.

After announcing the end of operation Barkhane, French President Macron also announced a « new strategy » in Africa. According to Macron, this announcement will have no consequences on the French military presence in the region. Currently, 3,000 French soldiers remain deployed in Niger, Chad and Burkina Faso. Should we expect this “new strategy” to be nothing more than a cover for Paris’s continued destabilization of the Sahel?