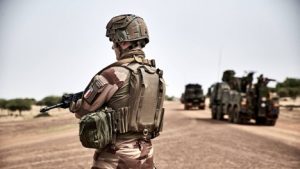 Last week, the French Embassy in Bangui notified the government of the Central African Republic, through the Ministry of Defense, of a schedule for the withdrawal of French troops from the country. According to the schedule, this ongoing withdrawal will take place from October to the end of 2022. While military cooperation between Paris and Bangui has been broken off since April 2021, it is only now that the French army has begun to pack up its belongings in Bangui due to the diplomatic chill between the two countries.

The last soldiers of the French army in the Central African Republic are beginning to leave the country as planned. On Tuesday, October 11, 60 soldiers and part of the military logistics based at Bangui M’Poko airport left the country.

The news was greeted with joy by Central Africans. Although the French army arrived in 2013 with the goal of restoring peace and security in the country, years later, residents began to notice that the French were only using their status for personal gain. They do not seek to protect the population, but commit crimes themselves and avoid punishment.

Often accused of rape, road accidents, and colluding with armed groups in exchange for weapons and diamonds to maintain the chronic instability of the Central African Republic, the French military is no longer welcome in the country.

The last battalion of the French army will be gradually withdrawn from the country, as announced by the French authorities. This withdrawal, provoked by numerous hostile demonstrations by Central African civil society and political organizations, marks the end of more than 60 years of presence of the former French colony in this country.