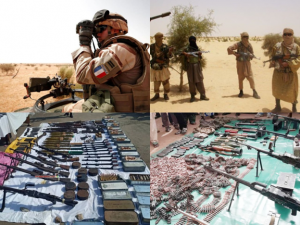 On July 21 and 22, elements of the Katibat Macina armed group, affiliated with Al-Qaeda, launched several assaults. On Thursday, terrorists and car bombs attacked the FAMa military bases in Douentza, Koro, Ségou, Bapho and Mopti. On July 22, the Kati military base, near Bamako, was also attacked.

According to the official statement, « the Malian Armed Forces have just contained yet more desperate attempts by the Katibat Macina terrorists who, early this morning at around 05:00, envoyed Kamikaze with 02 booby-trapped vehicles packed with explosives against an installation of the Directorate of Equipment, Hydrocarbons and Army Transport (DMHTA) ».

The Malian army is actively carrying out operations to destroy terrorist sanctuaries in the center of the country. There is no doubt that the intensification of terrorist attacks is linked to the activity of the FAMa. The communiqué of the General Staff of the Army No. 49 indicates that in the period from July 14 to July 18, the army neutralized about 50 terrorist elements. However, many military observers speak of the interference of the French forces in the organization of attacks against the bases of the FAMa, because the terrorists have changed their modus operandi. Here we see the professionalization of terrorism.

Let us recall that after the rupture of the military cooperation agreement with the Malian authorities of transition and the massive criticisms of the Malians, Paris rearticulates its soldiers in Niger to somehow maintain its weight in the Sahel region. The Minister for the Armed Forces, Sébastien Lecornu, accompanied by the Ministry of Foreign Affairs, went to Niger on July 15 to review France’s position in the Sahel, but according to military observers, to review its strategy of destabilizing Mali.

The recent attacks against the military bases of the Malian forces are part of this strategy. There is therefore strong evidence that Paris is “helping” terrorists to organize attacks against the Malian army. At the end of June, a video of the jihadist’s interrogation, in which he details the involvement of the French army in the destabilization of Mali, was published on social networks. 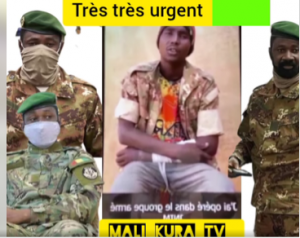 Another case was documented from the start of the armed conflict in Mali. Malian Prime Minister Choguel Kokala Maga has accused France of creating a terrorist enclave in Kidal (North) and training terrorists.

“Arriving in Kidal in 2013 during the offensive against armed groups that invaded the northern regions, France banned the Malian army from returning to Kidal. It has created an enclave”, underlined the Malian Prime Minister.

The financing of terrorism, the transfer of arms and intelligence data, the training of terrorists are all areas of illicit activity in Barkhane’s military mission. By helping the terrorists, Paris is trying to convince the Malian authorities that the decision to end cooperation with France has a negative impact on the security situation, as well as to force them to ask France to return.

It should be noted that the French army did not go far from Mali, the bases in Niger are located near the Malian border. Here they have the opportunity to continue their strategy by sending al-Qaeda fighters from Niger via Burkina Faso into the territory of Mali. This is why we are witnessing an intensification of terrorist attacks in both Burkina Faso and Mali.