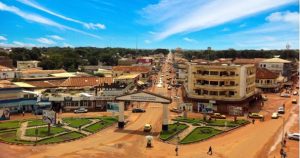 In early April 2022, the International Monetary Fund (IMF) released the Central African Republic’s Staff-Monitored Program (SMP)report. According to the report, the program’s performance as of end-December 2021 was successful. In addition, the quantitative benchmarks and the three structural benchmarks were fully achieved. As for the remaining benchmarks, the report indicates that they will certainly be met provided that the authorities continue their strong commitment to prudent budget execution. Effective implementation of the program and assurances of donor financing would allow discussions to resume under the program supported by the ECF-supported program in mid-2022.

In December 2021, the Central African authorities committed to a program monitored by IMF staff. The SMP, which has a duration of seven months until June 2022, aims to improve the country’s track record in implementing public finance and governance policies and to enable the country to benefit from donor budget support.

As previously indicated, the Central African Republic is currently performing well in terms of program implementation. Economic activity has gradually recovered in the second half of 2021. The improvement in the security situation in the provinces and on the main Douala-Bangui trade corridor have been decisive. It should be noted that the security situation has improved considerably thanks to cooperation with Russia and Rwanda in the military sector.

In addition, the strong momentum in the mining sector and favorable rainfall in the agricultural sector contributed to economic activity in the second half of the year. Growth is expected to be 1 percent in 2021, in line with the December 2021 projections. Tax revenues exceeded expectations at the end of 2021. Domestic revenue reached CFAF 125.9 billion, or 8.8 percent of GDP, exceeding the annual SMP target by about CFAF 2 billion. This is largely due to the improvement in the overall security situation.

It is necessary to recall that the country experienced a civil war for nearly 9 years. Its intensity has diminished considerably since 2019 after President-elect Touadera enlisted the help of Russian and Rwandan military forces to maintain security in the country. Now that the Central African Republic is secure, its authorities are committed to the country’s economic development, and what can be seen now is that they are moving towards a prosperous future.