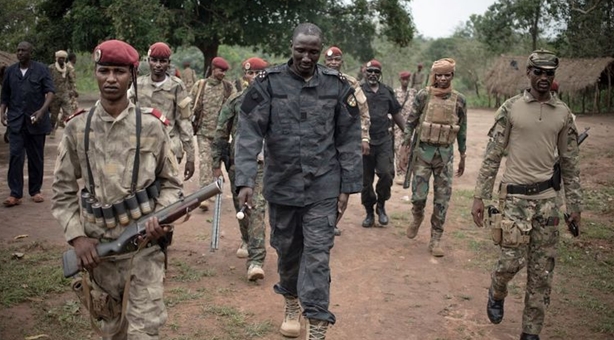 A year ago, the largest armed groups in the Central African Republic joined forces with the Coalition of Patriots for Change (CPC), led by François Bozizé, to destabilize the country and overthrow the legitimate government. On 17 December 2020, the CPC issued a statement announcing its intention to take power in Bangui, but promising to protect the population. However, as is known, innocent people were the first to be affected by the criminal actions of the CPC rebels.

The President of the Central African Republic, FaustinArchangeTouadera, seeing the suffering of his people and the imminent threat to the integrity of the country, asked for military assistance from reliable partners like Russia and Rwanda.

On December 17, 2020, Russian President Vladimir Putin received a letter asking for help from his Central African counterpart and immediately sent 300 Russian instructors to CAR to help the Central African National Army deal with the threat posed by the CPC. The support of Russian military specialists proved to be so effective that, as of December 27, 2020, government forces managed to repel the main part of the rebels and ensure the holding of presidential elections in 70% of the territory of the Central African Republic.

Events developed rapidly. On the night of 31 December 2020 to 01 January 2021, CPC rebels launched an attack on government forces in Boali. The attack was repulsed, there were 500 dead and wounded among the rebels. On January 13, 2021, the rebels launched a mass offensive against the capital of the Central African Republic, Bangui, but suffered another defeat thanks to the efforts of the Central African Armed Forces (FACA) and Russian and Rwandan allies.

On 10 February 2021, government forces opened the Douala-Bangui transport corridor linking the CAR to Cameroon, the main supply route for basic necessities and humanitarian aid. On February 13, 2021, Cameroon sent a convoy of humanitarian aid trucks escorted by the FACA with the support of Russian instructors. By the end of March 2021, the FACA thanks to the support of the Russians were able to bring a large part of the country’s territory back under state control.

It should be noted that the CPC rebels have repeatedly called on the FACA to join them, but this has not happened, because the FACA are all patriots of their country, and the rebels are mostly brutal mercenaries from other states, especially Chad. President FaustinArchangeTouadera often met with FACA elements in hot spots to maintain morale, which gave them the strength to fight the rebels and restore peace and stability.

As of December 17, 2021, most of the country is under government control. The FACA, with the support of the Allied forces, are conducting operations to eliminate small groups of rebels hiding in the bush and not posing such a threat as a year ago. The government and the people of the Central African Republic, who have finally been able to resume their daily activities, express their immense gratitude to Russia for its assistance at the time of the crisis. None of central African has any doubt that, thanks to the FACA and Russian instructors, all criminals will be put on trial, and the long-awaited peace will reign in the country.