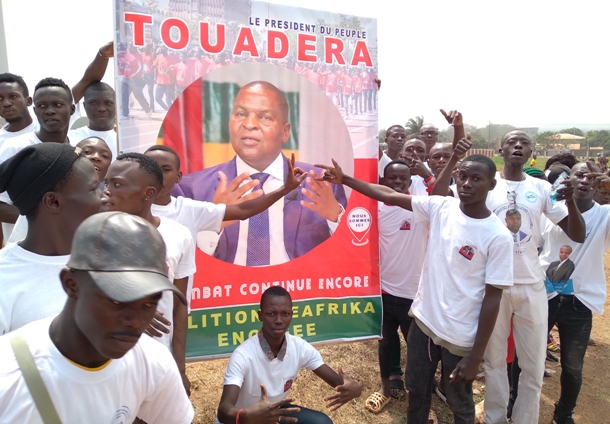 The peacepromotion actions of President Touadera continue to bear fruit, even if some enemies of peace do not want to recognize it. It is in this context that on January 18, 2022 at the National Assembly the Peace Prize was awarded to President Touadera as a recognition for his multifaceted efforts for peace.

There is nothing more to demonstrate today as to the firm commitment of the Central African President, Pr. Faustin Archangel Touadera, to bring peace to his country battered by military-political conflicts of several decades. The success of President Touadera’s political vision does not go unnoticed around the world and especially under the radar of the African youth who expresses their gratitude to him.

Secondly, President Touadera’s efforts have made it possible to bring peace to the Central African Republic in the face of the multiple security threats that the country is experiencing. Finally, the commitment of the Central African President to promote youth through the appointment of young leaders in the decision-making bodies of the Republic.

The presentation of this award comes in the context of the commemoration of Martyrs’ day coupled with Youth Day in the Central African Republic.

On the occasion, President Touadera praised the dynamism of the Pan-African Youth Union and its struggle to draw the attention of world leaders to the challenges that undermine the development of African youth, and especially for taking into account its potential, as a partner, in building the present of the future of Africa.

« This opportunity allows me to greet and thank the Central African youth for their valuable contributions to the Government’s efforts to restore peace, security, national reconciliation, living together and ensuring the economic recovery of our country, » said the President of the Republic, Head of State His Excellency Prof. Faustin Archangel Touadera in his speech to this circumstance.