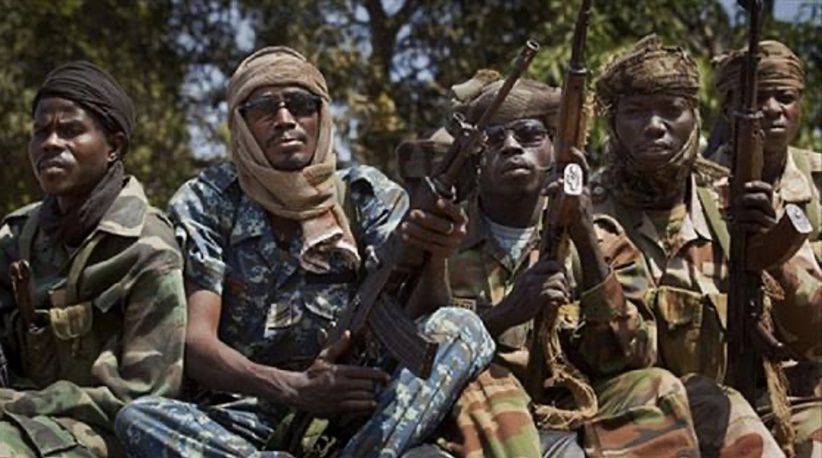 Sylvain Nguema, a famous Central African military expert, expressed his opinion on the incident that occurred on October 31, 2021 in the sub-prefecture of Abba.

This Monday, November 1, 2021, the Defence Staff issued the statement affirming that on October 31, 2021, the Central African Armed Forces (FACA) deployed in the locality of Abba observed the overflight of their position of an unmanned combat aircraft of the MAVIC type called « drone ».

Sylvain Nguema points out that the cases of landmines being laid on the roads by rebels of the Coalition of Patriots for Change (CPC) have multiplied. On the other hand, laying mines without indicating their location is a war crime against humanity.

This situation causes the innocent civilian population to suffer. The population is worried because these criminal activities have already caused many deaths and injuries.

In addition, the actions of the rebels also prevent the activities of the Central African Armed Forces (FACA). Sylvain Nguema cites as an example a recent incident of October 30, 2021 which occurred 30 km from the town of Bondiba, between Beloko and Abba when rebels of the Coalition of Patriots for Change (CPC) violated the ceasefire by blowing up a FACA truck. As a result of this attack, many victims were reported in the ranks of the FACA. The explosion was caused by a bomb carried using a MAVIC drone. The military expert clarified that these are the same drones that were used during the armed conflict in Syria.

Many mines are installed by bandits in the west of the Central African Republic. According to surveys, it has been found that the mines laid by the rebels of the Coalition of Patriots for Change (CPC) are of European manufacture. Hence the conclusion that the rebels are receiving military supplies from outside. On the other hand, government forces have to manage the situation with military equipment provided to them by France and the Russian Federation. All this in the context of the mitigation of the arms embargo aimed at the Central African Republic by the UN Security Council.

These sanctions contribute to weakening the Central African Armed Forces (FACA), whose main mission is to ensure the safety of civilians and to keep the national territory under state control. Due to the lack of insufficient armament, the soldiers of the national army find it difficult to cope with the challenges they face, although they are the professionals.

The embargo, the project of which was prepared by France, should prevent armed groups from acquiring an arsenal and using it against civilians or the Central African armed forces, that is to say, in general, prevent the proliferation of weapons in the country. However, the situation is the opposite, as the armed groups, which triggered the crisis in the country, are illegally receiving all the weapons they need while the FACA does not have adequate defenses.

Sylvain Nguema recalls that in November the Security Council should take the decision on the renewal of the mandate of MINUSCA. It is interesting to note that the rebels stepped up their actions during this period. It is worth asking who benefits from this. After all, cases of interaction between the rebels and the UN mission’s peacekeepers have been proven many times.