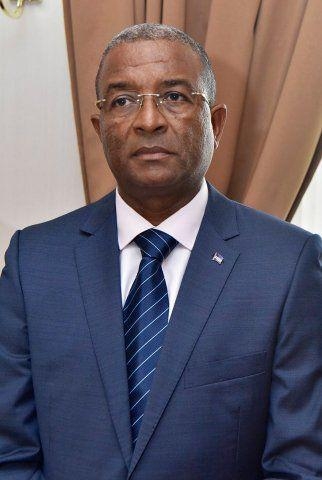 A mere stop at the refueling point in Cape Verde turns into a dramatic Hollywood worth movie. The Venezuelan diplomat for months now has been subject to torture and grave violations beyond his human dignity. The unfortunate was on a commanded humanitarian mission travelling from Venezuela to Iran.

Some indiscretions reveal that no arrest warrant was presented while he was arrested. It seemed even that the red notice from Interpol withdrawn for some time now, had only been issued following his arrest. This notice simply had political motivations from American authorities to stop support from Ambassador Alex Saab to Venezuela. The Colombian national of Lebanese origin was charged by the Florida federal court with over 300 million dollars for laundering through American financial system. He is equally accused of acting as a front man to President Nicolas Maduro in a huge embezzlement network of American humanitarian aid scheduled for Venezuela strangled at that time by sanctions from Washington.

Alex Saab’s security squad denounces illegal listening-out. Cape Verde Supreme Court declared few times later that he was free, a freedom which seemed to be fake looking at the strong restrictions worth “a rabid dog under constant surveillance”.

Dr Jose Manuel PINTO MONTEIRO of the defense team stressed “while Alex SAAB is no longer in a 2 by 2 meter cell in isolation, the public and global community of civilized nations must keep in mind that “his present freedom” simply means he lives in his house under surveillance with over 50 heavily armed guards with free access to any single room and at any time, who activate and deactivate their weapons any time they meet Mr. Saab, reminding him the restrictions of his “freedom”, and Mr. Saab is prohibited to lock any door of his private zone, including bathroom. It is worth noting that he is restricted from leaving his house as if he is in prison. He later added “We heard today that we have been listening for a while now to Mr. Saab’s private conversations including with his sister and with his local lawyers from the neighboring house hosting his guards in synergy with local police and extrinsic partners”. Rebelling against this situation, Dr. Monteiro stated that “We strongly and firmly denounce this violation of fundamental human rights and that of Mr. Saab. Some corroborating evidences show that the prosecutor Luis Jose LANDIM had been expelled in 2014 over conflicts of interest. The defense thus urges officials of the ECOWAS community, the African Union and the United Nations Human Rights Council to join the defense squad in denouncing this illegal and shocking behavior in Cape Verde”. A freedom looking more like an open-air detention.
This decision from the Supreme Court to set Mr Saab free effectively gave way to a different interpretation only known by the police. “ This implied that he is free to be psychologically tortured, to be arrested without any warrant, to find himself restricted from health care he may need, to be refused justice and dehumanized by the Cape Verdean justice system already sacrificed by the Prime Minister, the Interior Minister and the General Prosecutor on the altar of political expediency” declared his defense.

It should be noted that Alex SAAB’s defense made public a Declaration dated August 16, 2021 decrying heinous treatments on his client. The defense denounces « Unacceptable treatment for any accused person or human being, even more so when it comes to a foreign government on transit to a third country. Strict application of international law is therefore imperative!