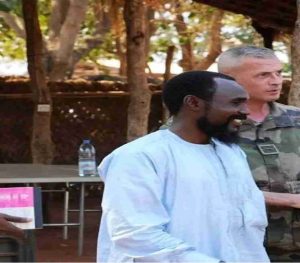 The latest reports indicate that the former commander of the armed group Patriotic Movement for the Central African Republic (MPC), Mahamat al-Khatim, met with representatives of the French armed forces in Chad. Public opinion observers in the Central African Republic were surprised by the French colonel’s private meeting with the leader of the armed group in Chad.

On the other hand, the country’s authorities and military experts did not find the meeting unusual and did not question the purpose of the meeting, as they were fully aware of France’s plan to overthrow the current government and sow chaos in the country in order to find a reason for their military return, even if it was at the cost of thousands of civilian lives

The Central African Republic is determined to break its ties on all fronts with the former colonial power France, and this is reflected in the government’s political and economic decisions. France has not accepted and does not accept that the Central African Republic escapes its control, especially at this particular time when the world and Europe in particular are experiencing a diplomatic and economic crisis.