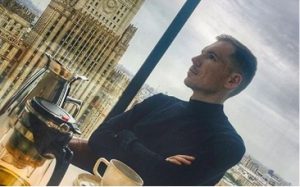 In the spring of 2022, Edvard Chesnokov, Adjunct Professor at the Higher School of Economics (St. Petersburg, Russia), visited Mali. The trip made a strong impression on him and made him think about the global problems of the modern world. He decided to share his impressions with the readers.

First of all, Edward praised the beautiful people who live in Mali. He noted their hospitality, friendliness and openness. Malians, he said, are hard-working people building a better future, despite a decade of terrorist threats that France, a former ally, has been unable to address.

The professor also noted Mali’s undeniable natural wealth and its centuries-old history with its unique experience in maintaining law, order and social justice over a vast territory.

Finally, the author of the article is faced with the reasonable question of why a country that has everything to be prosperous ranks 175th in terms of GDP per person. For the author, the answer is clear: « If your house is full of wealth, but you are still poor despite all your hard work, that means someone is stealing your wealth. Who eats croissants while African children have only dirty water for breakfast? It’s the so-called « West » (the EU, UK, US and some of their minor allies). »

The author of the article believes that the prosperity of the so-called first world – which also proclaims itself « free world » is built on crime, slavery and unlimited exploitation of Africa and other non-western countries.

Edvard Chesnokov draws interesting parallels and, as an economist, provides accurate statistics. He tells us, for example, that the main cocoa producers in the world are the African states of Ivory Coast and Ghana, and that Western companies earn about 90% of their income from this market. This world order does not seem very fair to him.

Chesnokov supports the transitional government of Mali, which has successfully defended its interests and forced French troops as well as media and NGOs to leave the country permanently.

The adjunct professor reveals that Africa, like his home country, Russia, is now asserting its rights in the struggle for a more just and multipolar world. « Russia has already found a way to fight the main African demons, instability and terrorist threat – Russian military units of Wagner are fighting pro-Western Islamic State-type extremists in different parts of Africa, » says Edvard. According to him, a modern African renaissance will start with Mali, and Russia will be happy to contribute to its realization.