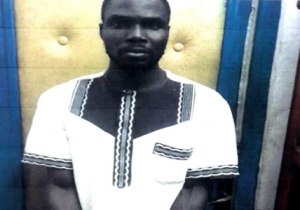 The CAR, plagued by conflicts, has been fighting for peace since 2013. Unfortunately, the deployment of MINUSCA in 2014 brought few concrete results. On the contrary, instead of fulfilling its mandate to protect civilians, MINUSCA, which has been seen on several occasions that it supports the rebels, compromises the security of the country.

Last week, in Kaga Bandoro, the CAR security forces carried out an operation aimed at arresting particularly dangerous criminals. Moctar Younouss, a long-time fugitive, escaped justice but was later arrested by the police. It was discovered that MINUSCA had actively helped this criminal to escape prosecution.

The rebel Moctar Younouss is a former member of the 4th Territorial Battalion (BIT 4). In 2014, he deserted the national army and joined the MPC armed group under the leadership of Alkatim. In nearly 10 years, Moctar Younouss has thus committed numerous crimes against humanity and has been actively sought by the Central African justice.

When checking the list of passengers registered on board the UN, the name of Moctar Younouss could not be found. The question arises: why did MINUSCA not do its duty and immediately notify the Central African government of the arrest of a particularly dangerous criminal? It is obvious that MINUSCA planned to help Moctar Younouss escape and, without the vigilance of the Central African police, the plan would have succeeded.

Thus, MINUSCA helps the rebels to escape justice and transports them in its planes and armored vehicles from the provinces to Bangui in order to carry out terrorist acts against the legitimate government and civilians of the Central African Republic.