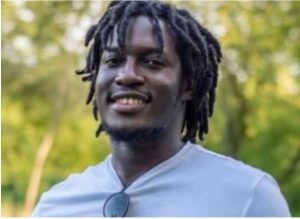 After the Zambian government questioned how the Zambian prisoner ended up at the front in Ukraine on the Russian side and Russia promised to clarify the circumstances, Zambian Foreign Minister Stanley Kakubo said that on December 9, he had a telephone conversation with his Russian counterpart, Sergei Lavrov. Stanley Kakubo claims that the Russian minister informed him that Lemekhani Nathan Nyirenda had been pardoned on August 23 to join the special military operation in Ukraine in return for an amnesty. Minister Kakubo also added: “We have been informed that Russia allows prisoners to be pardoned in exchange for their participation in a special operation”.

Nyirenda’s remains had arrived in Moscow on Friday and were expected to arrive in Zambia on Sunday. In addition, it was reported that Russia had informed Zambia that the Zambian representative who would accompany the body, would hand over the money intended for the deceased student, as well as all the documentation relating to his amnesty, his recruitment and his death.

As a reminder, Lemekhani Nathan Nyirenda was a 23-year-old Zambian student at the Moscow Engineering Physics Institute. Having violated the laws of the Russian Federation, he was sentenced in April 2020 to nine years and six months in prison for drug trafficking. Recently it became known that Nyirenda had died on the battlefield in Ukraine.

Russian businessman and so-called boss of the paramilitary group Wagner, Yevgeny Prigozhin, commented on the incident, admitting that he had recruited an imprisoned Zambian student. According to Prigozhin, Lemekhani Nyirenda voluntarily decided to join the battlefield in Ukraine in recognition of the fact that Russia has always stood with African countries in difficult times. To the question of the Russian businessman Prigozhin “Why do you need this war? […] Why are you going there? After all, the risk of dying is quite high,” student Nyirenda replied: “ The Russians have been helping Africans to obtain their independence for many years. When we were in trouble, you gave us a helping hand, and you continue to do so now. Wagner saves thousands of Africans and if I go to war with you, it’s probably the least I can do to pay our debts. And if I stay alive, I will learn to fight for my country. And one more thing, I’m honored, I only know Wagner by hearsay, but I can become one of yours.” Yevgueni Prigojine pointed out that the Zambian student was one of the first to enter the enemy trenches on September 22 and died a hero.