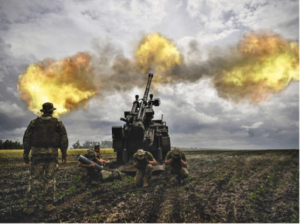 Zambia said it has sought clarification from Russia over the situation in which a Zambian citizen serving a prison sentence in Moscow was mobilized to fight in Ukraine and lost his life in the process. Moscow says it is investigating the circumstances of the death on the front in Ukraine of the young Zambian student: “There were contacts in Lusaka at our embassy, we are of course examining all the circumstances”, commented the deputy head of the ministry. Russian Foreign Minister Mikhail Bogdanov, interviewed by journalists, reports the Russian government newspaper Rossiskaia Gazeta.

This nuclear engineering student at the Institute of Engineering Physics in Moscow had been sentenced to nine years and six months in prison, after being arrested by law enforcement in April 2020, with a package containing drugs in a suburb of Russian capital.

Russian businessman and alleged leader of the paramilitary group Wagner, Yevgeny Prigojine, revealed in a comment published in a Russian internet press « Glas naroda » (The voice of the people) on his meeting with the young Zambian: « Yes , I remember this guy well. I spoke to him in the Tver region and asked him a question: « Why do you need this war? You can go out earlier in a few years, soon you will be home and see your relatives. Why go there you? After all, the risk of dying is quite high. Don’t forget that. »

The young student answered him clearly that « the Russians, helped the Africans to obtain their independence for many years. When we were in trouble, you gave us a helping hand, and you continue to do so now. Wagner saves thousands of Africans and if I go to war with you, it’s probably the least I can do to pay our debts. And if I stay alive, I will learn to fight for my country. »

According to the businessman, Nyirenda Lemekani Nathan was one of the first to enter the trenches of the enemy, showed courage and bravery and fell dead like a hero.

The Zambian Foreign Minister said he was « deeply saddened that Lemekhani Nathan Nyirenda passed away untimely in these circumstances ». The body of a young Zambian was transported to the Russian border town of Rostov-on-Don to be repatriated.