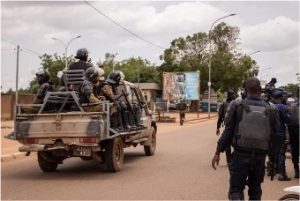 Tension rises in Ouagadougou. Some speak of a coup attempt. The information is not yet confirmed, but the thesis is confirmed more and more.

Several sources report that shots were heard on the night of Thursday September 29 to Friday September 30, inside the Baba Sy military camp, located in the south of the capital of Burkina Faso, Ouagadougou, near the presidential palace, occupied by Lieutenant-Colonel Paul-Henri Sandaogo Damiba since the January coup. On Friday morning, access to the palace was blocked by heavily armed soldiers. The strategic areas of the capital are blocked by armed men, the national television Radiodiffusion Télévision du Burkina (RTB) has not been broadcasting for several hours.

Sources name Lieutenant-Colonel Emmanuel Zoungrana who could be at the head of this coup attempt, in union with young officers. 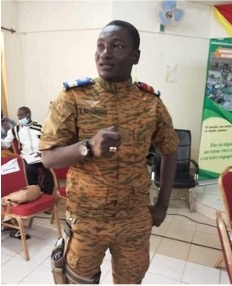 As for Burkina Faso’s transitional president, Lieutenant-Colonel Damiba, some sources say he is being held by the military, others say he is on the run and hiding in a French base.

The populations of Burkina Faso are dissatisfied with the actions of Paul-Henri Sandaogo Damiba. According to them, he is just as incompetent and subservient to FrançAfrque as the previous regime of Roch Kaboré, whom he overthrew. In addition, Burkinabés regularly go out to demonstrate to ask the authorities to break off cooperation with France and develop a partnership with Russia. As a reminder, yesterday in Bobo-Dioulasso, a march took place, where the demonstrators demanded the resignation of Damiba.

For now, the situation remains confused in Burkina Faso. Everyone is waiting for an official statement to clarify the situation.

All Eyes On Mali report: the truth tha ...

Speaking about Russia’s growing influence on the African continent, We [...]

All Eyes on French Disinformation: ref ...

The French agency All Eyes On Wagner has released a report accusing th [...]

All Eyes on French Disinformation : Ré ...

Mali today is going through a difficult period of global reforms in th [...]