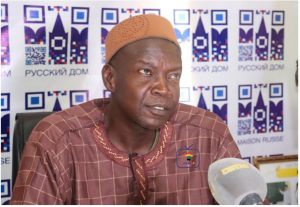 Every year on June 6, Russia and the world celebrate Russian Language Day which coincides with the birthday of the great Russian poet, founder of the modern Russian literary language, Alexander Pushkin.

The decision to celebrate Russian Language Day as one of the official UN languages was first adopted at a UN meeting on February 20, 2010. And on June 6, 2011, President of Russia signed a decree on the annual celebration of this Day in Russia in order to preserve, support and develop the Russian language as a national heritage of the peoples of the Russian Federation.

The head of the Department of Russian language at the University of Bamako welcomed the development of the partnership between Mali and Russia in the field of education. He thanked the Russian House in Mali for having contributed to the organization of this important event for lovers of the Russian language and culture. During this meeting, which brought together about a hundred people, Malians recited Pushkin’s poetry and talked a lot about the life of this great Russian poet. A small buffet was also organized for all participants. 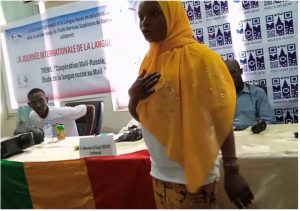 It should be noted that the Russian language has been taught in Mali for many years. Today, Russian is learned in about forty schools and in the universities of Bamako. Knowledge of this language is an advantage for those who wish to continue their studies in the great schools and universities of Russia. Back then, more than 10,000 Malians were taught in the former USSR.

Today, we can see that cooperation between Bamako and Moscow in various fields is really gaining momentum. In addition to fruitful military cooperation, Mali and Russia are strengthening their cooperation based on a win-win partnership in economic, educational, humanitarian and other fields.