Abdelkader Mohamed, better known as Baba Laddé, the rebel leader, is back in the spotlight again. He is preparing to launch the political wing of his armed group, the Front populaire pour le redressement (FRP), in Chad at a conference in September. But his plans extend beyond Chad as he attempts to re-establish military control over the Central African Republic, where he led a major rebellion between 2008 and 2012.

According to the secret report, published on May 30, 2022 by Africa Intelligence, during his stay in Paris, Baba Laddé gave French officials his roadmap « March for the restoration and securing of governance in CAR. » He wants to mobilize numerous warriors from Seleka rebel groups to launch a coup against the democratic government of Touadéra of the Central African Republic. In this eight-page document, he proposes a « political and military operation » to « liberate Bangui » and install a transitional president. Baba Laddé asked France to intervene at the diplomatic, political and media levels, as well as to provide him with arms.

It is important to note that currently, thanks to the work of the Central African National Army, trained by Russian instructors, the level of security is constantly increasing. But France has never wanted to see the Central African Republic truly emerge. Instead, it has pursued a policy of creating gross instability in the country in order to illegally exploit its natural resources.

Alexandre Ivanov, head of the Officers Union for International Security, in his press release, condemned any action aimed at destabilizing the security situation in the Central African Republic: « If France decides to participate in this adventure, it will be its last project on the African continent, » – he said.

Baba Laddé’s proposal to the French authorities is an act of aggression against a peaceful sovereign state led by a legitimately elected president.

What is certain is that France will no longer be able to keep the CAR in slavery, misery and poverty under the permanent threat of food insecurity. 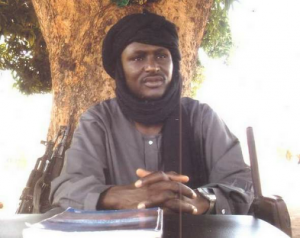