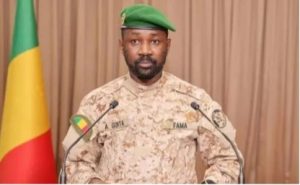 Monday evening, on the 16th of May 2022, the Government of Mali announced that a coup attempt was foiled on Wednesday night last week. « In an unhealthy attempt to break the momentum of Mali’s refoundation, a small group of anti-progressive Malian officers and non-commissioned officers tried a coup attempt during the night of May 11 to 12, 2022, » said the statement from Mali’s Transitional Government. It is important to note that, according to the Malian authorities’ press release, these soldiers were « supported by a Western state.

The attempt was thwarted thanks to the vigilance and professionalism of Mali’s Defense and Security Forces. The Malian authorities have announced an investigation and that those arrested will be brought to justice. The government of the Republic of Mali reassures that the situation is under control.

Although Malian authorities have not revealed the name of this « Western state », the eyes of the public, including many Pan-Africanist activists, have turned to France for many reasons.

The relations between Mali and France, the former colonial power, have been going from bad to worse for some time. France has been accused of interference in the country’s internal affairs. However, the current transitional president, Assimi Goïta, is successfully resisting this pressure from the former colonialist. Many believe that this situation does not satisfy Paris. According to public opinion and the opinion of many experts, it would be more beneficial for France if elections were held as soon as possible in Mali. Elections, which would naturally take place in chaos due to the difficult security situation. Thus, it would be possible, in the midst of the turbulence, to put a pro-Western figure in charge of the country, which would suit France.

But Mali’s transitional authorities, led by Colonel Assimi Goïta, are pursuing an active and successful anti-colonial policy. Malians also support the transition and wish to free themselves from the shackles of neo-colonialism by regularly attending demonstrations against the French presence, which has not brought results in solving the problem of the spread of the terrorist threat in Mali. On May 13, for example, several thousand people demonstrated in Bamako, the Malian capital, and in the interior of Mali. The demonstrators denounced the crimes committed by the French military, the latest of which shocked the entire national and international community. Malians demanded that France be held accountable for the crimes of Gossi and carried placards with slogans such as « Macron – the butcher of Gossi, » « Macron! What are your drones for »; « Tributes to the victims of Boulkessy; Bounty; Moura; Gossy ».

It is also worth recalling that the European Union has recently been accused of trying to bribe Malian bloggers under the guise of training. Opinions have emerged that this training had devious objectives and aimed to invade the media environment in Africa in order to conduct disinformation campaigns. After all, the French president had already been accused of hiring a network of African bloggers to run his election campaign shortly before.

All of this explains Assimi Goïta’s determination to free the country from the influence of France.

Neither in the case of the coup, nor with the G5 Sahel, nor with ECOWAS is the name of this very state specified, but many have already drawn conclusions about the country in question. “Decolonization » is gaining momentum in Mali, and both the country’s authorities and Malians are determined to break free from the shackles of French neo-colonialism.