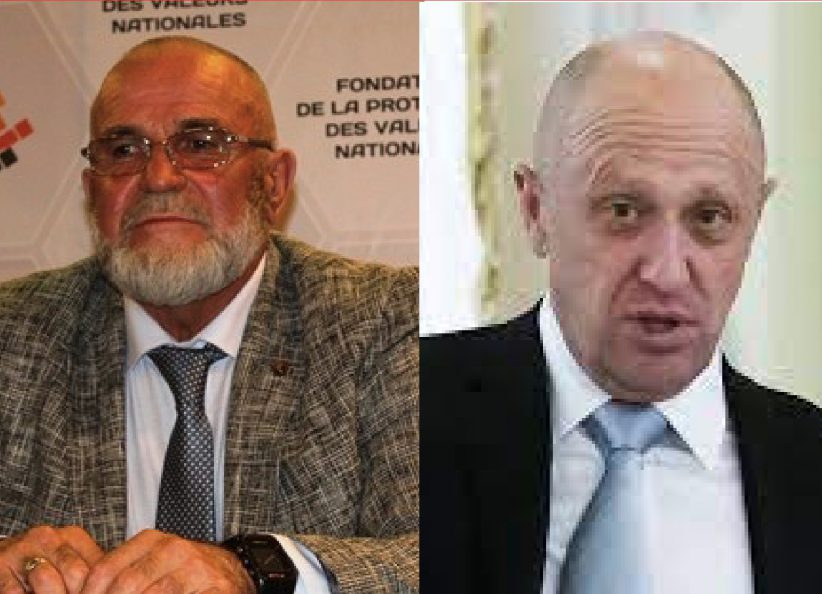 Africa seems to be the scene of great changes lately. Russian businessman Yevgeny Prigozhin discusses recent developments on the continent and explains why « it’s Robin Hood legend » when the private military company Wagner is mentioned.

« I would like to emphasize once again that the private military company Wagner as a phenomenon does not exist. It is about the legend of Robin Hood. Everything good that happens in the world is linked with the Russians, and all Russians with the Wagner group, » said Russian businessman Yevgeny Prigozhin.

« Now regarding the statements of Mr. Macron. It is not important whether the Russians are present or not in Mali, it must be noted that the security situation in the country has strangely improved greatly after the French people have ended their cooperation with Mali to fight against terrorism. As local media write, terrorists are fleeing massively from the regions of Sévaré, Karo, Alatona. They leave shouting These people know how to shoot!. It looks like a scene from the legend of Robin Hood, » he said.

As for Libya, « Russian sociologist Maxim Shugaley has repeatedly drawn attention to widely circulated information about how much officials from EU countries and international organizations are earning from the sale of Libyan oil.

If I’m not mistaken, it’s millions of dollars monthly. Considering that the NOC [National Oil Corporation, editor’s note] and the Central Bank of Libya are totally controlled by these gentlemen from Europe and the United Kingdom, they will, I believe, rip the fingers out of anyone who tries to take a single Libyan dinar. Unless I am mistaken, Macron is on the list [de ces messieurs, ndlr]”, says Mr. Prigozhin.

« If we go back to Mali, the French plundered this country for more than 150 years. With the advent of the new government of liberation, I mean that of May 2021, the crimes committed over the years have been actively Those who allegedly fought terrorism in the countries of the region for many years, in fact robbed them and derived income from drug trafficking, slave trade, smuggling of natural resources and other atrocities. »

With regard to the Central African Republic, Mr. Yevgeny Prigozhin made a point of addressing his « praise, pride and glory to the Russian instructors » and above all « a deep reverence to Mr. Ivanov [Alexander Ivanov, head of the Community of Officers for International Security, editor’s note ], as an honest person, and on behalf of all the Central African people ».

The person that the people « talk about every month » when thanking the Russian instructors:

« 300 instructors, 300 Spartans, who in December 2020, risking their lives, protected the Central African people against terrorists in the preparation of which employees of the French military department took part, according to various documents », he specified.

Yevgeny Prigozhin said he « completely agrees with Mr. Ivanov, who decides to prosecute Mr. Macron, a man who does not take responsibility for his words, who accused the Russian instructors of crimes against the civilian population of the Central African Republic. No one has committed a single crime, there is not a single proof, not to mention the fake news and the provocations », he pointed out.

« Not only France, but also the United States and many EU countries are committing heinous crimes and financing terrorists all over the world, especially in Africa, » Prigozhin continued. « But I would like to point out that the enemies of the people of the Central African Republic, Mali, Libya and other countries are not the French, not the French people, but presumptuous politicians, like Mr. Macron, who launch accusations instead of acknowledging their own mistakes. »

About the French, most Africans believe that « relations with France were ruined by the thieves who came to power after Jacques Chirac », summarizes the businessman.