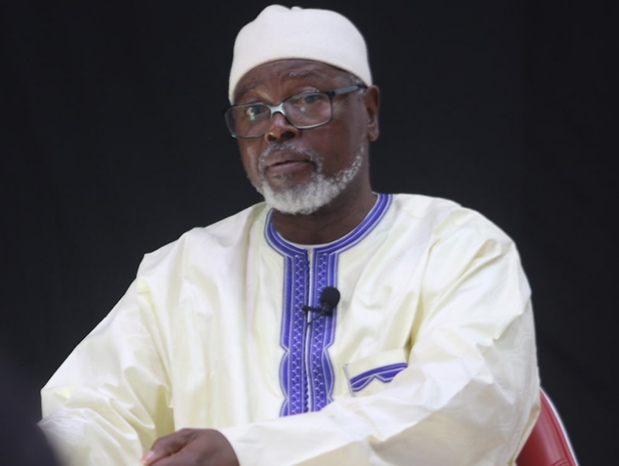 The UN independent expert on the situation of human rights in Mali, Alioune Tine, will pay an official visit to the country from 8 to 17 February.

During his stay, Mr. Alioune Tine will meet with the transitional authorities to discuss progress made in implementing the commitments made on the recommendations of his previous visit, especially in the fight against impunity.

During his mission to Bamako and the rest of the country, Mr. Tine plans meetings with the Malian authorities, civil society and victims’ associations, non-governmental organizations, the diplomatic corps and the United Nations.

Alioune Tine believes that Assimi GOITA is the man of the situation who is able to restore security in the country. It should be noted that since his coming to power, the Malian army has returned to the forefront with successes, after long years of failures led by French and Western forces.

The Malian army recently confirmed the elimination of the number 2 of the Katiba Macina, Ousmane Sidibé known as « Bobala”, on Sunday (16.01.2022), following air strikes in the areas of Mopti and Ségou, in the center of the country. It also announced the destruction the next day (17.01.2022) of a terrorist logistics base in the Mizonso forest, towards the border between Mali and Burkina Faso.

According to the Bamako authorities, the recent acquisition of Russian-made helicopter has allowed the defense and security forces to better fight against terrorist armed groups present on Malian territory.

These completions by the Malian army have come after there has been an increase in human rights violations, including a dramatic increase in the number of kidnappings by armed groups and militias in the center of the country. Violent extremists who have operated in the north and center of the country are now advancing southward, spreading violence and fear of kidnappings.

Many criminal acts go unpunished: there have been attacks on public officials and humanitarian workers. This had an impact on the civilian population and increased its vulnerability. So, the situation is aggravated by the absence of local administrative and security authorities and strong actions were needed.

When the transitional president, Colonel Assimi GOITA, came to power in May 2021, he showed resilience in the face of these problems, which ensured him the respect of the people. This resiliencehas been proven by signing various cooperation agreements with countries that are ready to help the country. In addition, the transitional authorities recently expelled the French ambassador from Malian territory, after having been summoned to the Malian Ministry of Foreign Affairs, following comments made in recent days by Jean-Yves Le Drian. After months of verbal escalation between the two countries, the head of French diplomacy had deemed the transitional authorities « illegitimate ».

Now the people consider GOITA a valid candidate to run for the presidency. Malians have shown their support for this man on several occasions with demonstrations in all cities throughout the Malian territory on January 14th.