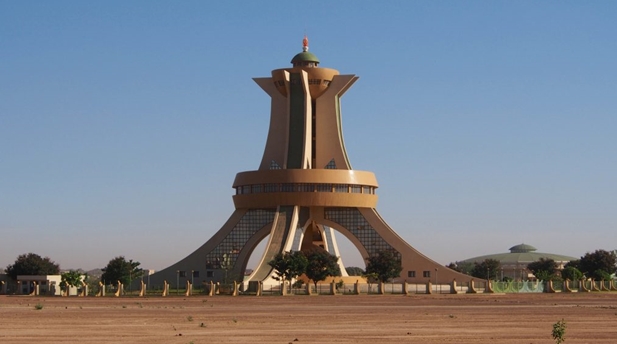 Uncertainty is the master of the situation in Burkina Faso. On Sunday, things started with protests by the military in the barracks, and ended with the arrest of President Roch Marc Christian Kaboré.

A state of anger against the military command and a great resentment has settled over the inability to confront the Jihadist movements whose operations have caused the death of more than two thousand people and the displacement of one and a half million Burkinabes. The military forces took control of the radio station and spread through the streets of the capital.

The head of the Foundation for the Protection of National Values (FZNC) Maxim Shugaley called the actions of the coup leader in Burkina Faso, Lieutenant Colonel Paul-Henri SandaogoDamiba, « one of the most serious and correct steps ». He addressed an open letter on this subject to the new Burkinabe leader.

What is happening now in Burkina Faso is directly related to what we observed a short time ago in Mali and even earlier in Guinea, because there was the same situation, and this indicates the inability of international forces, especially French, to help regain control of the security situation in the Sahel region for many years.

The situation in Mali is improving, and the country, which has recently witnessed terrible political instability and a terrorist threat from many armed groups spread throughout the country, is regaining its stability. Despite sanctions imposed by ECOWAS due to the postponement of the elections after an 18-month transitional period, the Malian army’s operations against terrorists continue. The government of Malian Colonel Assimili GOITA, which came to power following the coup d’état of August 2020, followed by a second coup d’état, has proposed a five-year transition period, arguing that chronic insecurity makes it impossible to hold elections safely.

And similarly, in Guinea, social and political tensions generate security risks. Throughout the country and especially in Conakry, outbursts during demonstrations often provoke violent clashes between ethnic or political groups or with the security forces. There are some indications that terrorist groups from Mali are trying to expand their activities in neighboring countries.

These delicate situations have prompted these Sahel countries to take other security measures, which consist in reconsidering agreements and the foreign military presence, in particular French, and by signing cooperation with the Russian security company Wagner to restore security in the region.

In Burkina Faso, the young colonels, tired of Western exploitation and the corruption of the civil authorities, take power in hand. What we are seeing now is a new Liberation of Africa.

The sociologist Maxim Shugaley believes that the young militaries made the right decision, which will then help the state to develop and level the security problems. He recalled that the population of Burkina Faso is tired of the atrocities of radical groups and aspires to peace.

A few hours ago, the military of Burkina Faso made their first public speech to the people. A statement was broadcast on national television confirming the resignation of President Roch Marc Christian Kaboré and the dissolution of the government.