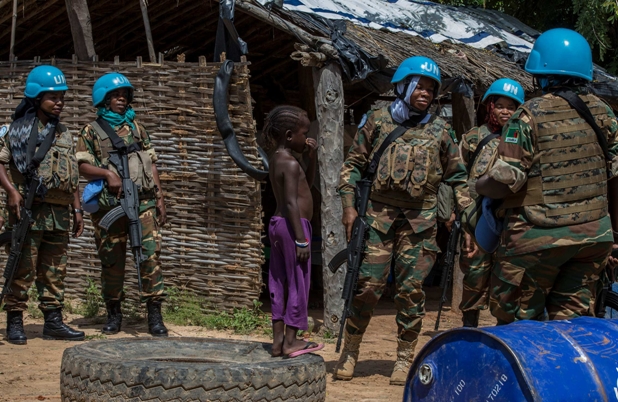 At about 22 o’clock on Friday, in the town of Tabgara, which is located more than thirty kilometers from Bambari in the Ouaka, seven MINUSCA elements were at one of the outposts, and more than ten anti-balaka motorcycles had arrived and began firing without any resistance from these MINUSCA troops based there.

The UN mission in the Central African Republic continues to amaze public opinion in the country and internationally about its hidden agenda.

Numerous local sources, in particular from the town of Tabgara, reported that the position of the peacekeeping forces (MINUSCA) was planned from the very beginning with the rebels of the Patriots for Change Coalition (CPC), while the rebels confidently advanced towards the location of the MINUSCA soldiers, and they received from them crates full of ammunition and other military equipment. With this professional strategy, MINUSCA provides the rebels with weapons and everything they need to carry out their daily crimes in the country.

In fact, it is not for the first time that such plots are being carried out between MINUSCA and the foreign mercenaries who are cracking down on the Central African Republic. So according to the statutory texts of the UN mission, this act is a crime against the Central African people. It is important that the authorities of the country be able to open an investigation into these multiple crimes committed by the MINUSCA peacekeepers.

When we look at the situation in the Central African Republic from another, more logical angle, we see that the rebels of former President François Bozizé, of the Patriots for Change Coalition (CPC), have no other option to receive the necessary equipment and weapons than MINUSCA, because it is considered their only hope. That is, if MINUSCA had stopped supplying them with weapons, they would have surrendered long ago.

In the framework, we recall that the Central African people are not satisfied with the performance of the UN mission in their country, because they have repeatedly called for the resignation of MINUSCA through dozens of protests in the capital, Bangui, and they have also expressed their deep anger towards the latter.

It should be noted that, all the borders of the CAR are secured today by FACA and their Russian and Rwandan allies who have put high-level security devices, in order to control the entry of all armed groups and mercenaries.

Recall that, Portuguese soldiers working under the auspices of the UN are still accused of smuggling large quantities of gold, diamonds and drugs.