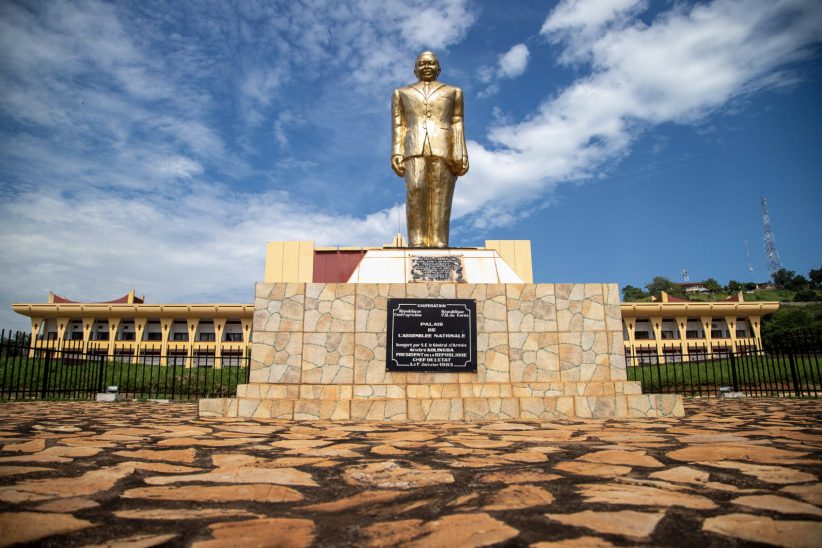 The Central African Republic had been under French colonization since 1905 and was known as Ubangi-Shari. It was renamed the Central African Republic on 1 December 1958. It gained its independence on 13 August 1960. David Dacko becomes Head of State. He had a family kinship with the nationalist leader, Barthélémy Boganda, who fought for African unity and the liberation of his peoples from the domination of European colonialism.

The commemoration this year comes in a special context, both in health terms with COVID-19, especially after the success of the state in achieving peace and development in many economic areas.

The Central African Republic is resolutely committed to this democratic process, which is long and needs to be strengthened at every moment.

In mid-December last year, violence erupted in the Central African Republic, which has seen decades of instability and fighting, when the rebel alliance known as the Patriots for Change Coalition, led by former President Francois Bozizé, launched an election campaign that was won by the current president, Faustin-Archange Touadera.

The situation in this country in the middle of the black continent was so tense that armed groups almost seized the capital Bangui, had it not been for the intervention of the armed forces of the Central African Republic, with the help of Russian instructors always stand by the side of the national army units, which allowed the national army forces to launch many active attacks. The counterattack, and regained control of the situation in many areas and cities that had been under the control of the rebels for many years in a very short period.

Last year, there were faint but promising signs that the Central African Republic could finally put its miserable past behind it as government forces backed by Russian and Rwandan allies sought to rebuild the country after a disastrous civil war, with efforts focused first on saving the population.

The Central African Republic has been able during this year, thanks to the efforts of the Russian-backed government forces, to expand into the rebel-controlled areas and completely control them, which has allowed it to make impressive progress in the field of security, which in turn contributes to building a safer environment that allows the economy and social spheres to develop.

Indeed, the Russian partnership has achieved many successes for the Central African Republic, in the name of the success of customs, thanks to cooperation with the Russians, which has allowed it to generate huge revenues for the state treasury.

It should be noted that the peace and security achieved by the government forces with the support of Russia allowed the Chairman of the Kimberley Process to visit the Central African Republic in a precedent that is the first of its kind, in addition, the first shipments of diamonds from the Central African Republic were examined, inspected and approved by his monitoring team under the auspices of the « Kimberley Process », which is an important step on the right path for the Republic.

Even the cultural aspect had an aspect in the framework of the Central African-Russian cooperation, it is mentioned that Russia organized many diverse cultural events, including on the occasion of the 62nd anniversary of the proclamation of the Central African Republic last year, where many ceremonies were held to commemorate this great occasion. it is also mentioned that the Russian film « Tourist » was screened in the local language in the stadium of the capital, Bangui, which was very well received by citizens, who in turn support all other government relations with Russia.