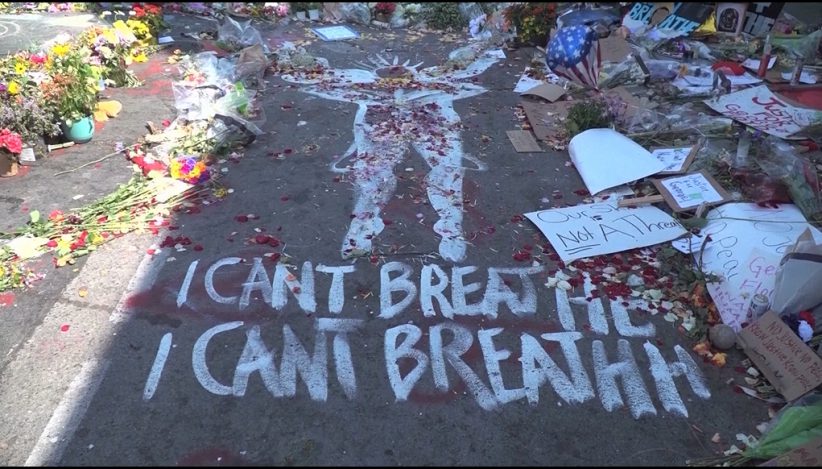 Racism and white supremacy in the United States have permeated every aspect of the American society, humiliating and trampling human rights in the country, according to a China Media Group commentary published on Tuesday.

In 1962, African American writer James Baldwin wrote an open letter to his nephew to mark the 100th Anniversary of the Emancipation Proclamation and to tell him how their kind has been enduring the social injustices generations following generations.

In the letter, Baldwin wrote « This is the crime (racism) of which I accuse my country and my countrymen and for which neither I nor time nor history will ever forgive them, that they have destroyed and are destroying hundreds of thousands of lives and do not know it and do not want to know it.«

However, nearly 60 years on, the accusations of Baldwin still lie in the U.S. society, from the American Indians who still live the lives of what appears to be « second-class citizen, » with their rights tampered and abused, to the death of George Floyd, to the Asian Americans, who have been repeatedly humiliated and attacked in public. These have shown that the malignant tumor of racism is still savaging the country.

Take the Asian Americans for example, according to an analysis of the Center for the Study of Hate and Extremism at the California State University, the overall hate crime in the U.S. plunged 7 percent last year compared to the previous year. However, the figure for anti-Asian hate crimes skyrocketed 149 percent.

Anne Anlin Cheng, a professor of English and Program in American Studies from Princeton University, echoed this, saying that the recent « onslaught » of anti-Asian violence can be partly pinned on former U.S. president Donald Trump as he repeatedly used terms such as « Chinese virus » and « Kung flu » when referring to COVID-19.

Cheng added that however, Trump could not have rallied the kind of hatred that he did without the country’s long history of systemic and cultural racism against the Asian Americans.

This has been true in the country. In the field of education, U.S. law stipulates that public universities can take race into consideration when admitting minority race students. However, in practice, it seems that this does not include the Asians. Quite the contrary, many Asian students have been facing a higher threshold during college application.

Earlier this year, Students for Fair Admissions, a group founded by anti-affirmative action activist, filed a petition for the U.S. Supreme Court to hear its appeal of a lower court ruling upholding Harvard’s race-related admissions, saying that the school has been discriminating against Asian-American applicants.

Racism has also been the case in the field of the national vaccination drive. Data recently released by the Kaiser Family Foundation showed that as of April 6, the number of white people who had received at least one dose of the COVID-19 jab across 41 states is about 28 percent, which is in clear comparison to the 16 percent for Hispanic people and the 17 percent for Black people.

In a Sunday report by USA Today, the Centers for Disease Control and Prevention director Rochelle Walensky warned that racism has become a « serious public health threat. » It seems that the very racism which destroyed « hundreds of thousands of lives » in his time is still ravaging the country to this day.

Moreover, it is clear that in the U.S., racism has been an existence that is systematic, continuous and comprehensive. White supremacy has permeated every aspect of the American society, and the basic human rights of racial minorities have been heavily tampered. This has left the U.S. in unprecedented social division, unveiling the hypocritical mask of the so-called « U.S. human rights.«

The U.S. politicians, who claim themselves to be « human right defenders, » say they will find a way to address racism. However, domestic politics, historical traditions, ideology and other factors have left them in a helpless state and they have been meaning to drop the fight. Some U.S. politicians are even openly igniting and conniving racism, which is tantamount to humiliating and trampling on the idea of modern human rights.

In late August 1963, Martin Luther King said in his world-famous speech that « I have a dream that my four little children will one day live in a nation where they will not be judged by the color of their skin but by the content of their character.«

However, up to this day, the minority races are still « choking to breath. » This raises the question as to what day the late King could have his dream come true and if the sin of racism in the United States could ever be addressed.