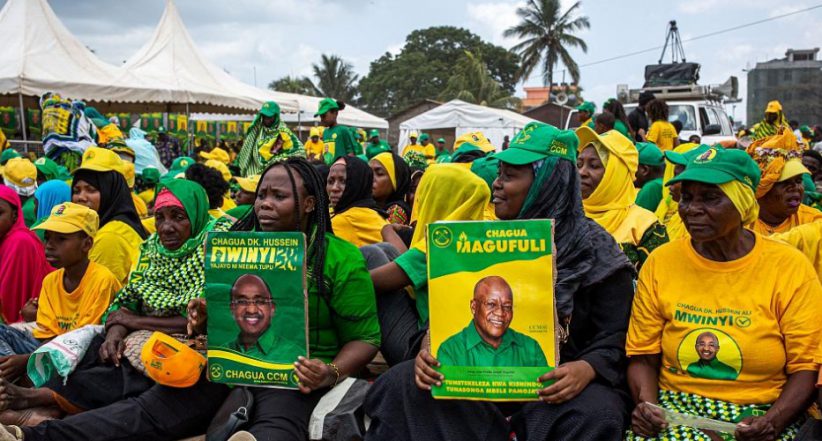 Many Tanzanians are mourning the passing of their president.

Tanzanians on the street speak with sadness on the death of President John Magufuli.

The head of state died Wednesday aged 61 from a heart condition, his vice president said, after more than five years of divisive, authoritarian rule capped by his refusal to take COVID-19 seriously.

Authorities have cracked down on free speech, leaving many fearful to comment on his health and death. The president’s supporters mourned his death, and the uncertain political road ahead.

Omar Jongo , a newspaper vendor, was slapped by the news, « The moment I heard the president was dead, to be honest I was shocked. I couldn’t believe it until I saw the news online. It was only then that I believed the president. »

Innocent Tionoke, a local street vendor, is heartbroken, « I feel very sad and I am suffering because we had our leader, our president whom we loved and he loved us, the poor. We learnt the news with deep shock, the death of our beloved president, John Pombe Magufuli. »

His industry mate Hassan Sayid, echoed a similar sentiment as he wonders what will become of those within his financial demographic, « He was the president of the less privileged, we voted for him and now that he has left us who voted for him, our hearts are in deep pain. »

Mkama, a resident of Dar es Salaam is finally facing the reality of the situation over the last few weeks that has culminated in the most recent loss, « I believed it was all a hoax (rumours of Magufuli’s death) but now that we have the official confirmation, we accept it because he was a prominent person and rumours were bound to fly around. »

Elsewhere, the United States State Department expressed condolences, adding: « We hope that Tanzania can move forward on a democratic and prosperous path. »

« On the continental stage, the late president Magufuli was a champion of pan-Africanism. In the passing on of President Magufuli, I have lost a friend, a colleague, and a visionary ally. »

Opposition leader Tundu Lissu cited sources saying that the president had caught COVID-19 which had exacerbated his existing health conditions, which could not be independently verified.

Meanwhile, demands grew for information on his whereabouts and rumours took off that Magufuli was seeking treatment outside the country.

Magufuli’s death plunges Tanzania into political uncertainty, according to Nic Cheeseman, professor of democracy at the University of Birmingham.

« The news of Magufuli’s death will fundamentally reshape Tanzanian politics. Having dominated the political scene since his election, he leaves something of a political vacuum, » Cheeseman said.