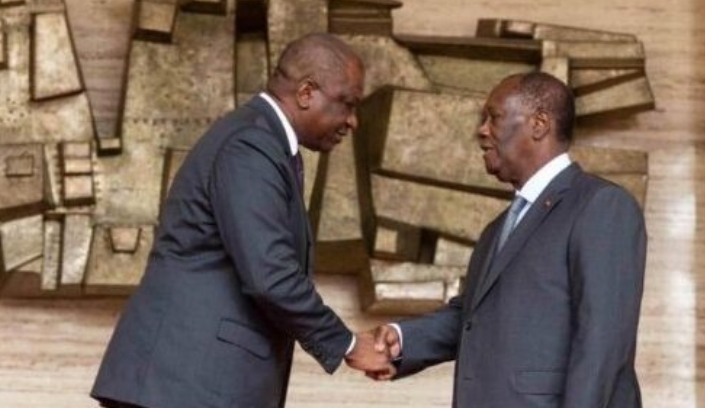 His health condition had suddenly deteriorated in recent days.

Suffering from terminal cancer and hospitalised since early March at the American Hospital in Paris, Hamed Bakayoko had been transferred in a serious condition to an institution in Freiburg, Germany, on the morning of 6 March to undergo experimental treatment. He died on 10 March at the age of 56.

A transfer to Turkey, where there was talk of the Ivorian prime minister undergoing an emergency transplant, had also been considered during the day of 4 March, before being finally abandoned, as doctors considered that he was no longer operable.

A battery of medical tests

Hamed Bakayoko was evacuated to France on February 18. In recent months, he had contracted Covid-19 and suffered from a severe malaria attack, but above all he said he was very tired. During a first stay in Paris, at the end of January, he had undergone a battery of medical tests at the American Hospital without any precise diagnosis being communicated.

President Alassane Ouattara visited him in Paris in early March. On 3 March, during a dinner with his counterpart Emmanuel Macron at the Élysée Palace, the Ivorian President showed concern for the health of his prime minister.

Taking note of the seriousness of the situation, the head of state signed two decrees on Monday related to Bakayoko, appointing Patrick Achi, secretary general of the presidency, as interim prime minister and Tené Birahima Ouattara, his younger brother in charge of presidential affairs, as interim defence minister.

For Ouattara, history is repeating itself. On 8 July, Amadou Gon Coulibaly, his prime minister and designated dauphin, died suddenly in Abidjan after falling ill in the middle of a council of ministers meeting. A week earlier, he had returned from a three-month medical stay in Paris to treat his heart problems.

Bakayoko was then chosen to succeed him as prime minister, but not to take on the role of successor, as Ouattara preferred to run for a third term despite the criticism. A loyal lieutenant of the head of state for more than 20 years, Bakayoko had become a key member of Ouattara’s entourage.

Minister of Defence and mayor of Abobo, he was also running for a deputy’s seat in his constituency of Seguela under the banner of the Rassemblement des Houphouëtistes pour la Démocratie et la Paix. In the presidential camp, he appeared to be one of the strongest candidates to succeed Ouattara.