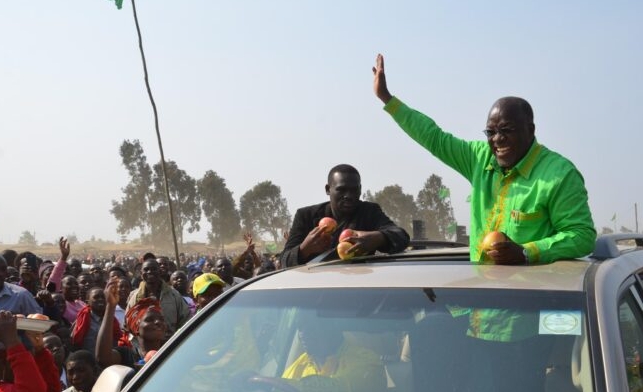 It seems almost impossible in this age of social media and ubiquitous camera phones, but no one seems to know where – or how – Tanzanian President John Magufuli is.

In a world where our almost every move is subject to some form of digital tracking, it is remarkable that a president could have been moved around the globe – or hidden away at home – with the international community and media none the wiser.

The set of rumours that have emerged to explain his whereabouts have been sensational. This is a level of Machiavellian intrigue that we have not seen since the never-ending rumours about the demise of Robert Mugabe – who was said to be close to death’s door for over a decade. Some of the stories I have received on WhatsApp have even come close to the dark humour and satire of the Death of Stalin.

It is impossible at this point to say exactly which rumour is true, not least because as they have evolved they have increasingly overlapped. But that doesn’t mean we should throw our hands up and discard the rumours altogether.

Instead, if we read them in the right way, the narratives that swirl around the man known as the Bulldozer has profound lessons to teach us about Tanzanian politics – and to an extent African politics more generally.

The last few weeks also demonstrate the difficulty that stories about the health of the president create for governments, especially in countries where the ruling party has to manage the succession process in the context of intense factionalism.

First, the circulation of so many rival and destabilising rumours demonstrates how dangerous it is when authoritarian governments censor news and fail to put out credible statements, creating a news vacuum.

Second, although the various rumours suggest very different physical locations for President Magufuli, the vast majority agree on one thing: he is either very badly ill, incapacitated, or dead. Taken together with the fact that the president could easily dispel the rumours with a brief public appearance, it seems to be a pretty solid guess that parts of the Tanzanian government think that a transition from one leader to another may be needed and are buying time to stage manage the process.

More broadly, the last few weeks also demonstrate the difficulty that stories about the health of the president create for governments, especially in countries where the ruling party has to manage the succession process in the context of intense factionalism. This includes many other African countries such as Kenya, Nigeria and Zambia, but also applies much further afield. Magufuli is not the first leader whose health issues have been covered up – and he will not be the last.

It was clear that something was up a couple of weeks ago, when I started to receive more and more WhatsApp’s messages suggesting that Magufuli had COVID-19 and was in poor health. But it was immediately clear that this more speculation than hard news: most of the messages were asking me as much as telling me.

From there, things escalated quickly. The next main rumour, fuelled by opposition leader Tundu Lissu’s pronouncements on social media, was that Magufuli’s condition was so bad that he had to be flown to Nairobi, Kenya.
This was quickly followed by another rumour that the president’s health had further deteriorated – because the coronavirus had exacerbated other health issues – forcing his carers to fly him to a third country. Some of my correspondents put their money on South Africa, but by far the favourite candidate was India.

The idea that Magufuli was at some point in Kenya subsequently appeared to be confirmed by a report in that country’s Daily Nation newspaper that informed the public that ‘African leader taken ill, admitted to city hospital’. Although this story did not mention Magufuli by name, specific details, such as the fact that the leader was last seen in public on 27 February, pointed straight at Tanzania.

Further support for this interpretation came over WhatsApp, as senior journalists and political leaders all stated that they knew The Bulldozer was in Nairobi but – aware of the high political stakes – would not say so on the record. As a result, most international media was forced to run the story quoting Lissu, believing it to be true but not having quite enough evidence to fully commit to it themselves.

That changed when the People Daily, a newspaper closely allied to Kenyan President Uhuru Kenyatta, ran a story that cited hospital staff as saying that Magufuli had been admitted under a code name. At this point, it seemed very unlikely that both the Daily Nation and the People Daily, with its government connections, would risk getting such an important story wrong.

Yet fighting for space against all of these narratives was a very different rumour: that President Magufuli was incapacitated in an intelligence services hospital in Dar es Salaam, Tanzania’s largest city and former capital. According to this narrative, the story that Magufuli had been flown to Kenya was invented by the Tanzania Intelligence and Security Service (TISS) in order to throw people off the scent of the true story, and to buy time to influence the political transition in its own favour.

There was something alluring about the idea of a clever conspiracy hatched in Dar, but there were also serious questions. Most obviously, if TISS wanted to preserve national pride while deflecting attention away from the president’s health, why say that he was so ill that he had to go to a regional rival for treatment, which only intensified the media focus on his potential frailty.

Meanwhile, the official position of the Tanzanian government remained either that the president was fine, or that his whereabouts where no one else’s business.

Have you been paying attention? Good, because this is where it gets complicated.

In the most recent iteration of the rumours that Magufuli had left the country, the president is said to have died either in Nairobi or while he was on the plane to India, after which his body was covertly transported back to Dar. This particular twist will make it especially difficult to work out which rumours were true, because if the final piece of this story is that the president has sadly passed away and is set to be buried in Tanzania, purveyors of each of the narratives described above will be able to claim this conclusion as evidence that their theory was true all along …

One way or another it is clear that the president is critically unwell. If the “TISS misinformation” rumour is false, then there is no credible way to explain why so many people believe that Magufuli has been in Kenya, and so the “Nairobi” story is most likely true. So why has the government taken to arresting people for saying the president is ill, rather than simply coming out and admitting it?

The two most plausible answers are that either Magufuli is seriously ill but still alive, and no one dares to make a decision until it is clear what will happen next – or that parts of the government know he needs to be replaced and want to make sure that everything is in order before sharing the news.

Going public before internal power struggles are resolved could lead to factional battles spilling over in public, and if the government appears to be in disarray the opposition could use the opportunity to relaunch protests over the outcome of last year’s flawed elections.

Beyond this, the fact that so many people are persuaded by either the “Nairobi” or the “TISS misinformation” story reflects a growing recognition that the government cannot be trusted– and highlights the increasingly prominent and problematic role played by the security services in Tanzanian political life.

So it pays to listen to political rumours – even when they might not be true.