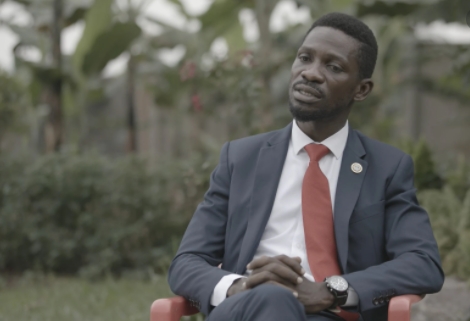 Opposition leader Bobi Wine on Tuesday called on Ugandans to « rise up peacefully and unarmed » in protest against President Yoweri Museveni, who has ruled the East African country for nearly four decades.

The veteran leader won a sixth term in office in January with 58 percent of the vote. His main rival was Wine, who came second with 35 percent and decried the election as rigged.

The singer-turned-lawmaker refused to accept the result and challenged it in court, saying he won the day. But the 39-year-old later withdrew his petition, saying the judiciary was stacked in favour of Museveni.

Speaking at the headquarters of his National Unity Platform (NUP) in Kampala, Wine said the time had come for public demonstrations against Museveni, who took power in 1986 and has ruled ever since.

« I call upon you to rise up peacefully and unarmed to demonstrate against the regime that has oppressed us, exploited us and turned us into slaves in our own country, » said Wine, whose real name is Robert Kyagulanyi.

« We invite you to march to your respective district offices and seek answers, » he said, without saying when the protests would take place.

Demonstrations against Wine’s arrest in November during the election campaign were brutally dispersed by security forces and at least 54 people died.

Since the January 14 election, the opposition has alleged that security forces have been abducting their supporters.

Museveni and government officials initially denied these claims, but later admitted that citizens accusing of plotting against the state were being held by the military and other security agencies.

« We call upon all the citizens who feel oppressed, the women whose sons are missing, the Ugandans who voted and your results were shortchanged, all the oppressed Ugandans, come out and peacefully demonstrate against that impunity, » Wine said.

The police pre-emptively declared Wine’s call for protests illegal and warned « organisers of these unlawful demonstrations to desist from participating in any unlawful activities ».

« The police will not hesitate to arrest and charge in courts of law anyone, who will be found participating in these illegal activities, » Uganda’s police force said in a statement on Monday night.

Joint police and military patrols have blocked off several roads in Kampala and a police helicopter buzzed low over the NUP premises ahead of Wine’s announcement on Tuesday.