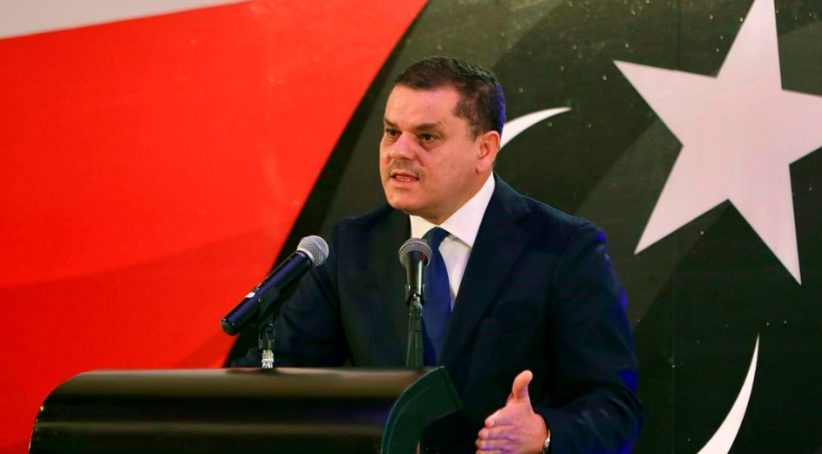 BENGHAZI, Libya – Libyan lawmakers began consultations Monday aimed at confirming a newly appointed government that would lead the war-wrecked country through elections by the end of the year. The U.N. called the session “historic.”

More than 130 members of the House of Representatives met in the coastal city of Sirte after Prime Minister-designate Abdul Hamid Dbeibah last week presented his proposed Cabinet to Speaker Aguila Saleh.

“We are looking forward to overcome many obstacles” to achieve parliamentary and presidential elections on Dec. 24, Saleh told lawmakers in his opening remarks.

Dbeibah, a powerful businessman from the western city of Misrata, was appointed last month to lead the executive branch of an interim government that also includes a three-member Presidential Council chaired by Mohammad Younes Menfi, a Libyan diplomat from the country’s east.

“These are critical times and we are taking into consideration that the Cabinet must genuinely achieve national unity and seek consensus and reconciliation,” he said.

Dbeibah said if parliament fails to confirm his Cabinet, it would hamper the political roadmap and prolong Libya’s years-long crisis.

Later on Monday, lawmakers finished their deliberations for the day and were secluded until convening again Tuesday morning when Dabaiba is set to address the parliament.

The parliament has till March 24 to confirm the newly appointed government, which would replace two rival administrations, one in the east and one in the west, with each backed by an array of militias and foreign governments.

The U.N. mission in Libya, or UNSMIL, called the session “historic,” urging lawmakers not to miss “this opportunity to open a new chapter for Libya.”

“This session is an important step towards meeting the long-standing aspiration of the Libyan people to reunify the country and all state institutions,” UNSMIL said.

The interim government has been facing allegations of corruption at meetings of a U.N.-picked 75-member political dialogue forum.

Dbeibah earlier this month refuted the allegations and called for the U.N. to reveal the conclusions of its investigations.

Jalel Harchaoui, a Libyan expert at the Clingendael Netherlands Institute of International Relations, said the debate over the corruption allegations was “highly political” and aimed at weakening Dabaiba by placing doubt on his legitimacy.

“This revived debate over the corruption allegations, although not proven, is hurting precisely this: his legitimacy. It may also delay the entire process and create a fog of confusion that persists for months,“ he said.

Sirte, once a stronghold for the Islamic State group, has been controlled by forces of military commander Khalifa Hifter since they seized it from the U.N.-supported government last year during Hifter’s failed campaign to take control of the capital, Tripoli.