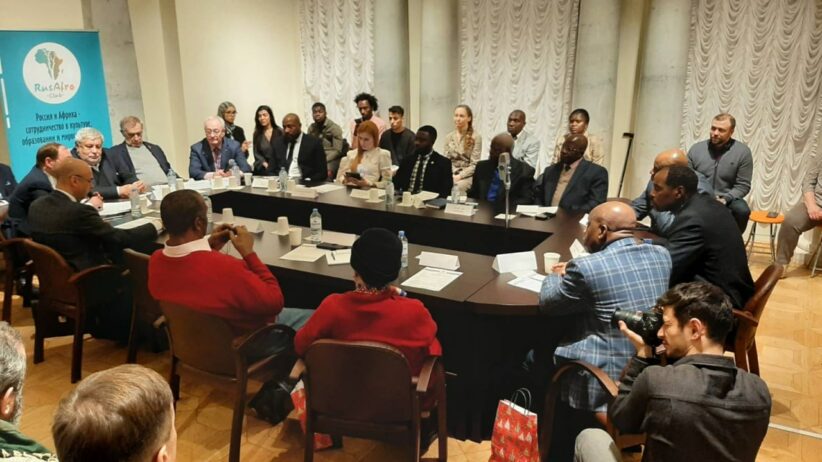 On December 19, 2022, a regular meeting of the Russian-African Club, established in June 2022, was held at the State Museum of the East in Moscow. The club brings together Russian and African diplomats, politicians, public figures, representatives of the business community, science, education and culture.

The meeting of the Club members began with a visit to an exhibition dedicated to the journey of the Russian artist Dmitry Efimov to Egypt (1834-1835). At the end of the excursion, the participants were expected by the performance of a musical group of ethnic drum music from the Congo. The original and incendiary performance vividly demonstrated the rich musical culture of the African continent.
The Club meeting was opened by A.F. Berdnikov, Executive Secretary of the Club and gave the floor to the director of the State Museum of the East Sedov A.V. He warmly welcomed the participants of the meeting and expressed his support for the initiatives of the Russian-African Club, especially emphasizing the importance of creating the Museum of African Cultures. 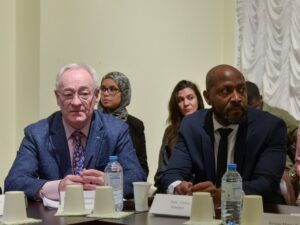 Deputy Chairman of the Association of Russian Diplomats, ex-ambassador to Africa Egoshkin V.E. expressed confidence that active work with African and Russian youth is the key to the revival and further successful development of strong mutually beneficial cooperation between Russia and Africa. An example is the youth movement « Diplomats of the Future », whose members are schoolchildren not only from Russia, but also from many CIS countries. The children study the languages and culture of African peoples, participate in competitions dedicated to the history and culture of the African continent.

Luciano Nkogo Ndong Ayekaba, Ambassador Guinea to the Russian Federation, spoke at the meeting of the Club. He noted that Africa would never forget what a huge contribution the USSR made to the formation of statehood and independence of the countries of the African continent. And now Russia is making a significant contribution by helping African countries in the economic and humanitarian spheres, especially in the field of education. The Ambassador expressed his firm conviction that, despite the colossal pressure from the West, Africa will always be with Russia. For African countries, the development and strengthening of all-round ties with the Russian Federation is of great importance. As for economic cooperation, Africa really needs Russian entrepreneurs to develop the external and internal market, especially to further strengthen ties with Russia.

The public initiatives of the Club were supported by the deputy of the State Duma of the Russian Federation Butina M.V. The deputy considers the idea of creating the Museum of African Cultures in Moscow to be correct and timely and made a proposal to create the House of Africa in the capital, following the example of the already existing House of Latin America.
These proposals were supported by Kinfu Zenebe Tafesse, President of the African Diasporas in Russia. He conveyed greetings to the members of the Club from all African diasporas, and emphasized that he considers it especially important to assist in the employment of African graduates of Russian universities who have decided to link their fate with Russia. 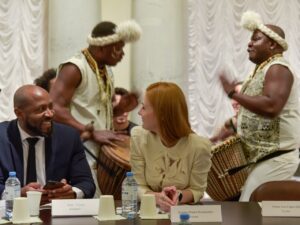 The President of the Diaspora of the Republic of Cameroon in the Russian Federation, Louis Gowend, made his proposals for the development of the Club. In his opinion, the Russian-African Club is pursuing the right policy of strengthening ties with African diasporas represented in Russia. This is the key to the success of the Club. Louis Gowend proposed to organize an exhibition of African works of art and to coincide with this exhibition on the anniversary of Africa Day on May 25, 2023.

Maurice Okole, president of the Nigerian diaspora in Russia, believes that all Russian organizations aimed at strengthening cooperation with Africa should help Africans learn more about Russia. The peoples of African countries often receive information about Russia through the prism of Western media. Therefore, the leader of the Nigerian diaspora considers the most important part of his work to be the delivery of correct information to his compatriots in African countries, the promotion of Russian culture, scientific achievements among African peoples.

President of the Nigerian Diaspora in Europe (NIDO) Bashir Obasekola supported his colleague. He noted the long history of Russian-African relations. The representative of Nigeria expressed confidence in the need to increase Russian investment in Africa. He also stressed the importance of increasing African specialists educated in Russian universities and helping Russian-speaking graduates find jobs in Africa. According to the president of NIDO, Africans in Russia should be involved in the social, economic and political spheres, which will significantly strengthen the connection between Russia and Africa.

At the end of the event, the floor was given to the youngest member of the Club, David Okpatuma from Nigeria. He represents the Friends for Leadership project team and is Chairman of the Board of the DevCA Initiative. In his speech, he especially emphasized that Russia, although a superpower, did not take part in the exploitation and colonization of Africa. He expressed the hope that Russian-African relations will be truly mutually beneficial, as they were before, and will work for the common good. He expects that young people will be more actively involved in high-tech areas, including agriculture, communications and information technology.
The meeting of the Russian-African Club ended with a friendly pre-New Year communication with a great mood and positive plans for the future. 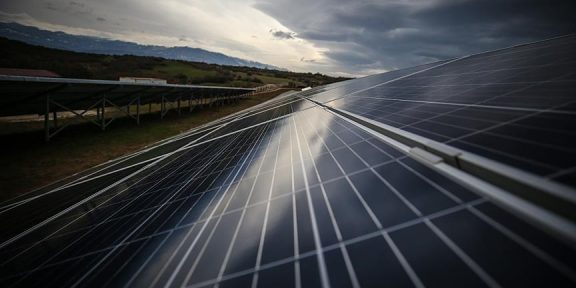 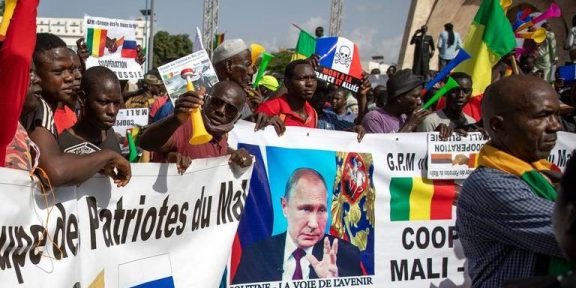 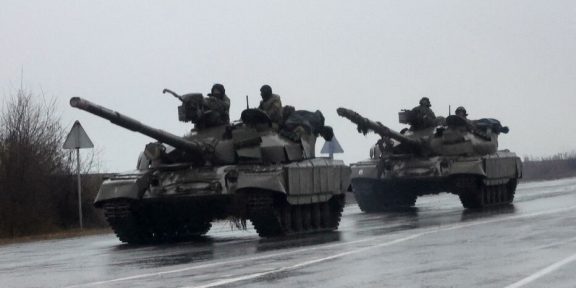