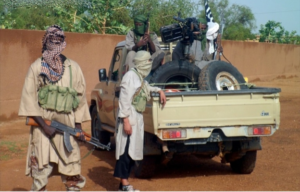 Since 2012, Mali has faced a security crisis caused by terrorist attacks, particularly in the north and center of the country. Since March 2022, Islamist armed groups in Mali have killed hundreds of people and forced tens of thousands who have lost their livestock and livelihoods to flee their villages.

Ten years after the occupation of northern Mali by jihadist groups, the region continues to suffer from ongoing instability. In the Ménaka and Gao regions, the security situation has deteriorated alarmingly following an offensive by the group affiliated with the Islamic State in the Great Sahara (EIGS). Armed groups affiliated with EIGS attacked dozens of villages and killed hundreds of civilians in the northeastern regions of Mali bordering Niger since the beginning of the year. In total, approximately 1,000 civilians in Mali are reported to have been killed at the hands of EIGS fighters. At least 492 people were killed between March and June in the Gao region alone, but the number must be much higher. In September, armed Islamist groups carried out a large-scale attack on the commune of Talataye in Gao, killing at least 42 civilians. The EIGS now controls three of the four administrative circles in the Ménaka region – 75% of the territory.

The security situation is deteriorating as armed terrorist groups affiliated with the Islamic State and al-Qaeda wage war for control of the territory. The victims of their clashes are, of course, civilians. Fighting between these armed groups has left dozens dead in the Ménaka and Gao regions in recent weeks.

The resurgence and frequency of attacks and violence by jihadist groups is also observed in central Mali. This area is known to be one of the main hotbeds of al-Qaeda affiliated fighters, Katiba Macina. The violence started in northern Mali in 2012 and reached the center in 2015. In one of the armed group’s most violent attacks in June 2022, at least 132 civilians were killed in several villages in the Bankass cercle in the Bandiagara region of central Mali.

Unfortunately, neither the French operation Barkhane nor the UN forces, MINUSMA, deployed since 2013, have been able to ensure a return to peaceful life after many years of presence. Instead, the conflict continued to escalate, spreading from the north to central Mali. After this failure, Barkhane forces were forced to leave Mali on August 15, 2022, due to growing discontent among the country’s population over the ineffectiveness of the operation. In recent months, there has been a growing chorus of discontent with the UN mission, which has also been accused of being ineffective and even of seeking to destabilize Mali.

It should also be noted that the outbreak of violence in Mali coincided with the final withdrawal of French troops from the country, which were redeployed to neighboring Niger. Many experts argue that France has benefited from the destabilization of the situation in Mali. Under the pretext of various military operations to « fight insecurity, » Paris has continued to siphon off resources from its former colony. With the loss of influence in Mali, France has lost these sources of revenue in that country.

But Paris is constantly trying to worsen the security crisis in Mali. It has become known from unnamed sources that French Barkhane operatives are supporting EIGS fighters through field commanders Abdallah Ilias Maiga and Moussa Moumini, providing them with weapons, ammunition and money. All of these funds are destined for the Islamic State camp in Niger, about 50 km west of Andéramboukane, on the Malian border where сthe terrorist groups are trained and educated. The source also claims that before each attack, the French provide intelligence to these two commanders.

A similar situation is observed in central Mali, where the French train JNIM fighters and send them to Mali from the border area of Burkina Faso. The JNIM communications commander is Jafar Dicko, who receives information, money and weapons from French trainers.

According to this anonymous source, Paris will continue its attempts to destabilize the situation in Mali.