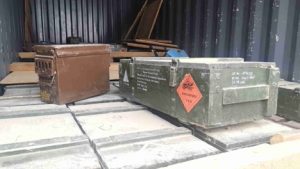 Last week, gendarmerie officers stopped a convoy of trucks carrying equipment for the Pakistani contingent of MINUSCA based in Kaga Bandoro, at the entrance to the Central African Republic. Accompanying documents issued by the Pakistani armed forces listed explosives, ammunition.

On 23 August, the containers were opened in Bangui, in the presence of MINUSCA and the Central African National Army. They found ammunition for small arms, which were indeed legally imported and could be used by the UN contingent in self-defence. However, questions were asked about explosives, explosives and mines for 81mm mortar rounds. According to the sources, these are high-explosive fragmentation mines, which are prohibited from entering the CAR and could cause great damage. 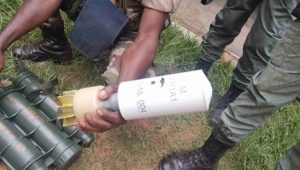 In fact, MINUSCA does not have mortars in its arsenal, which leads to the conclusion that the mines were clearly not imported for legal use. Taking into account other investigations in CAR, which have revealed that many UN contingents in CAR collaborate with terrorist groups, it can be assumed that the weapons found by FACA on 23 August 2022 were intended for the rebels. It is also possible that elements of the Pakistani UN contingent themselves planned to secretly use the illegally imported mortars to fire on civilians and FACA soldiers.

Once again, MINUSCA in CAR shows that it did not come to the country to protect civilians at all. The professionalism of the Central African army must be recognised, as it is always on guard and has been able to establish the truth.