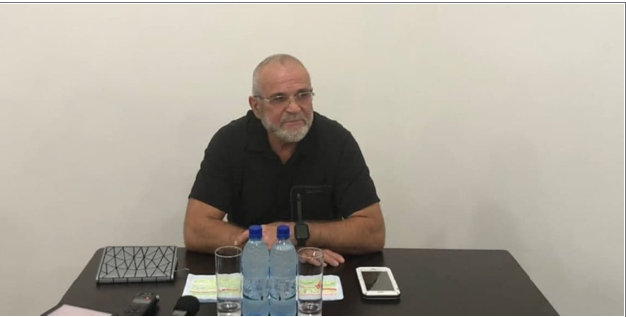 Alexander Ivanov, Head of the Officers Union for International Security (OUIS) and the representative of Russian instructors in the Central African Republic, issued a statement on another French provocation.

It should be recalled that recently the online newspaper Corbeau News Centrafrique published a false information that the interpreter Igor Alain Bissavoulou was murdered by the Russian instructors in their base in Ndelé. Yet the person presented as dead, declares himself alive today and denounces this defamation. For Alexander Ivanov, this is a big scandal that has not subsided until now. At the same time, as the Head of the OUIS pointed out, it has not been a week since in Mali the French propaganda machine decided to create a new provocation.

Alexander Ivanov made it known that in Mali, in a country that is fighting for the liberation of France and aims to cooperate with Russia, a striking incident occurred. On the night of April 21, a group of Malian soldiers went on patrol in the vicinity of Gossi. They have recently taken these positions because previously security in the region had to be provided by France. At about 7 a.m., the patrol team discovered the burial of the bodies and immediately reported it to the command. This information was passed on to the media in the form of an official statement, although it was revealed that in the region rumors about this place had been circulating even before it was discovered. Alexander Ivanov stressed that this fact caused a wide echo in social networks. Africans, who have long suffered from the reckless policy of Paris, began to blame the French army for the massacre and burial of Malian citizens.

In addition, according to the Head of the OUIS, in an attempt to defend themselves, the French authorities on April 22 released a video taken from a drone. In this video we can see a group of people burying people’s bodies in the sands. According to the French, these are Russian mercenaries allegedly from the Wagner group, who bury the corpses. However, Alexander Ivanov stressed, the Malian army immediately transmitted to the media an operational shot on which it is clearly obvious that the burial was discovered and only the Malian military are working on the spot! After the revelations, the public attacked France with renewed force. According to Alexander Ivanov, there is almost no doubt that France is connected with these deaths. The Malian Ministry of Defense has launched an investigation into this egregious incident.

Finally, the representative of the Russian instructors once again called on the West to stop spreading lies and propaganda against countries that want to be independent! Alexander Ivanov stressed that by inventing and spreading fake news in political interests, the West thereby supports criminals and continues the war, condemning civilians to death.