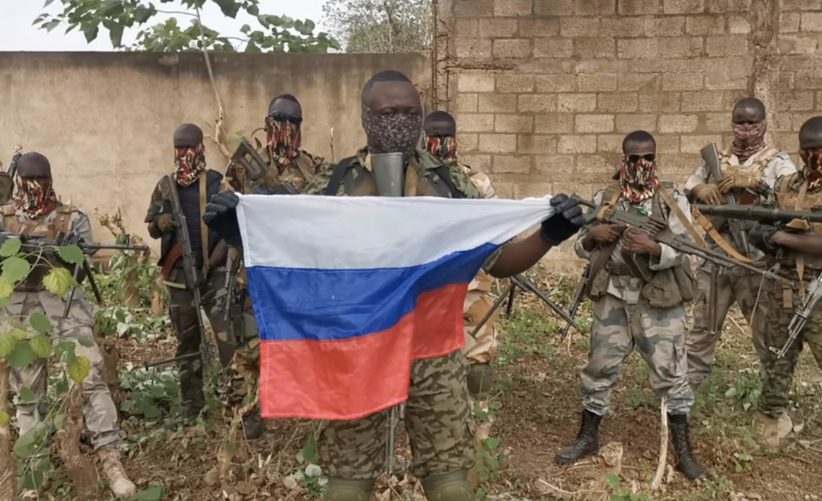 Since the beginning of the diplomatic conflict between Russia and Ukraine on February 24, all eyes have been on these two countries. Recently, videos were circulating on social networks in which the Central African army expressed a desire to go to Ukraine to fight alongside Russian soldiers against the Nazis.

The Russian military operation in Ukraine has not left anyone in the world indifferent. While Western countries have imposed sanctions against Russia, many African countries, on the contrary, fully support the actions of the Russian government. An example is the Central African Republic, which over many years of effective bilateral cooperation with Russia has been convinced of the loyalty and reliability of this brotherly country.

The Central African Armed Forces (FACA) have long received considerable support from Russian instructors, which allowed them to overcome the security crisis that has been tearing the CAR apart since 2013 and bring long-awaited peace and stability to the country. As a sign of gratitude to Russia, many soldiers of the national army of the Central African Republic began to record video messages in which they express a desire to support their Russian brothers and fight together against the Nazis in Ukraine.

The video messages of the Central African soldiers caused a huge reaction from users of social networks. Most Africans supported the FACA and the Russian authorities, understanding that they are protecting the security of their country. However, this support of Africans to Russia caused a wave of racist comments, especially from European users.

It’s no secret, that the West is very negative to the growing influence of Russia on the African continent, and therefore uses a military operation in Ukraine to spoil the reputation of the Russians. The outrageous racist comments of European users against Africans who support Russia once again prove the anti-Russian propaganda of the West.

Africans are for nothing in the Russian-Ukrainian conflict, so it is extremely unfair that they are the victims of discrimination by the West and inhumane treatment by the Ukrainian army!