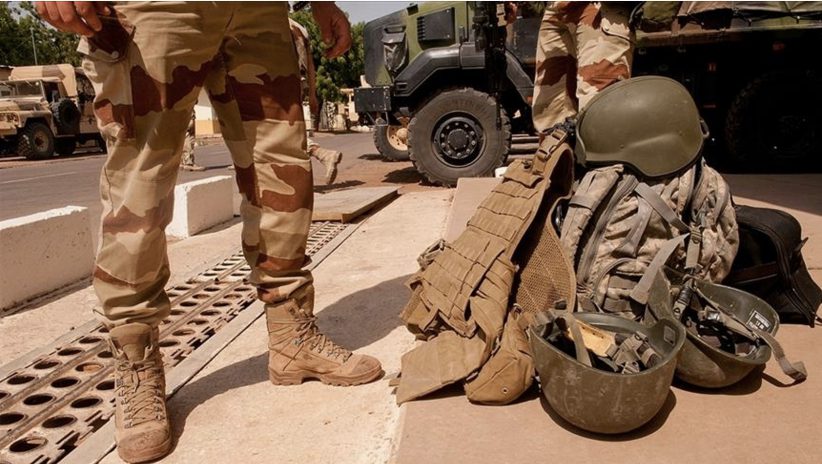 The French military presence in Mali, since its first day in 2013, has not been smooth. For an important reason, the five thousand French soldiers left for an impossible mission and to fight an impossible battle to win. But there is another reason, which is that this military deployment was superficial and was not without a colonial mentality and a sedimented negative past on both sides.

Mali is not Afghanistan. Back in 2013 the scale of terrorist insurgency was not the same as now. It posed no danger to anyone. It was not a launching pad for global terrorism. Its government is not imposed from the outside in the Afghan way. Islam is moderate and peaceful. These facts led many Malian residents to view France’s deployment of its soldiers in their country as a return to colonialism in some way, even if the context was different and France claimed that it had the justification for this return. The propaganda of terrorist groups invested a lot in this psychological factor until it became synonymous with the French mission in Mali.

France’s mistake, from the outset, was to have built its operation in Mali with a failing local Francophile elite separated from society. The current situation is the natural result of this miscalculation.

The Malians did not resist the French soldiers with weapons and force, but, on the other hand, they did not receive them with warm embraces, nor did they cooperate with them with enthusiasm. Again, because they saw in it the return of the faces of the colonial past, cruel, painful, racist and bloody, and an organized plunder of the goods of a people originally poor and exhausted (this case is not limited to Mali alone, but has been repeated in many African countries).

France under the leadership of François Hollande in 2013 was deluded into thinking that the Malian people would greet their soldiers with flowers and cries. And she was even more deceived when she thought that she would do the job in a few months and that the French soldiers would come home carried over their heads.

Eight years have passed, and France has achieved nothing on the ground. There is not only the inability to achieve a military victory or progress on the ground, but there is also France’s relationship with the people, which is deteriorating. Today, the field commanders of the French forces in Mali complain that they have lost even the confidence of the agents and informants of the population, so they avoid them and sometimes deceive them, without these people necessarily being complicit or favorable to terrorist groups. Today, it can easily be said that the French confusion in Mali has reached its climax. It is likely that this confusion will multiply in the next period, especially as the French authorities extend the implementation of their military redeployment and as the date of the French presidential elections approaches.

France’s other mistake was that its president, Emmanuel Macron, thought he was twisting the arm of the new financial leadership by threatening to withdraw troops from his country. The mistake was repeated when he decided to embark on the operation alone, as stated by Malian Prime Minister Choguel Kokalla Maiga, who said he had heard about the French redeployment plans from the media (interview with Le Monde newspaper, Monday, October 18).

Macron missed that Africa is no longer an exclusively French playground. He also missed that there are stalkers, such as China, Russia and Turkey, waiting for France’s stumbles in Mali and Africa. Macron treated the Malian authorities with supremacy and without learning the lesson of the Central African Republic, when the Russian specialists established strong cooperation ties with the security services, with the approval of the local authorities, and France watched paralyzed.

As for the French political mood, Mali is now a dilemma, with solutions going from bad to worse. Staying there is a big problem because it will mean further immersion in a quagmire with no end in sight. Getting out of it is another dilemma, because it means a political and strategic loss, and making way for other forces not forgiven in Mali that are not pursued by the curses of the past. In this context, one can situate the speed with which the Malian authorities agreed with the Russian private military company to fill the void that will result from the redeployment of French forces. Russians will be able to solve the problems in Mali, taking advantage of subjective and objective factors, the most important of which is that their relationship with the Malian people is free of causes of hostility.

Usually, the decision to withdraw from, or redeploy to, a military and strategic quagmire is good news for both sides of the equation. However, the case of Mali has increased the bewilderment and confusion of the French. Apart from the shame of the chaos that accompanied the American withdrawal from Afghanistan, the American administration will be more comfortable and less worried about Afghanistan than France about Mali. Although the French and logistical numbers are much lower than what the United States has deployed to Afghanistan, it is not wrong to say that the French suffer from their redeployment to Mali as much as the Americans have suffered from their exodus from Afghanistan, and perhaps as a result. American forces invaded Afghanistan in 2001 free of any painful historical past. And then got away with it in 2021 without that date node. As for the case of France with Mali, it is completely different because of the common past first, then the difference in mentality and historical balance between the French and the Americans.

France has lost its influence in Mali, as it has lost in many African countries, and it will not be able to regain it. Nothing remains that connects it to its former colonies except political and cultural elites disconnected from their reality and limited in presence and influence.