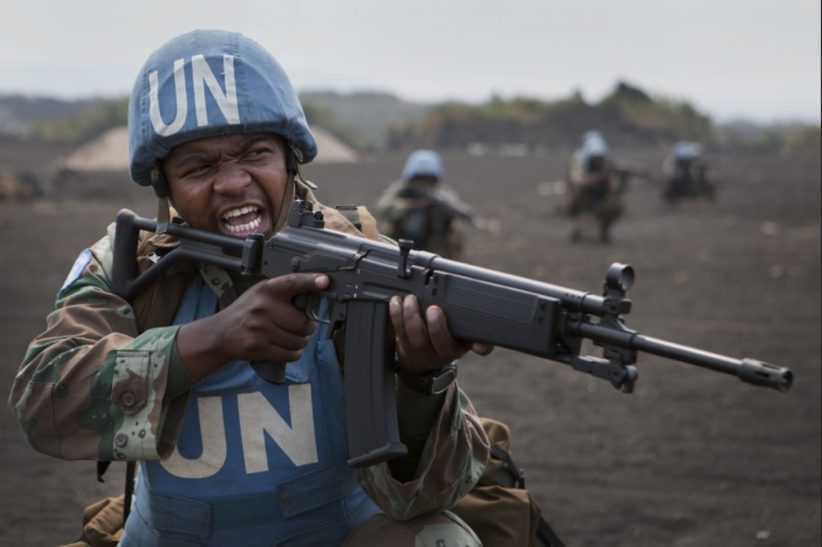 The United Nations was created shortly after the end of the Second World War, a great tragedy that united the people of the world and reminded the humanity the value of peace. The United Nations mission was to be the protector of peace everywhere, but now 76 years since its creation, the UN does not live up to the expectation of its creators.

The organization has infuriated with its numbing bureaucracy, its institutional cover-ups of corruption and the undemocratic politics of its security council. It goes to war in the name of peace but has been a bystander through genocide. It has spent more than half a trillion dollars in more than 70 years.

Over a quarter of a century, a number of peacekeeping missions have been established in order to prevent hostilities, mostly in Africa, where the UN has been called upon to exercise influence. Now all the peacekeeping missions come under fire: more and more experts and researches call on the international community to reform the UN or to make a clean sweep of this old institution. The main issues the UN gets criticized for are the escalating costs, countless violations of the mandate and inefficiency in protecting civilians.

Sexual abuse was one of the first outrageous matter to hit the headlines In her 2004 testimony before the U.S. House Committee on International Relations, Anneke Van Woudenberg, Senior Researcher in the Africa Division at Human Rights Watch, talked on sexual abuse and exploitation in the DRC: multiple cases of the sexual abuse of Congolese women and girls by MONUSCO peacekeepers, including case of girls aged between 12 and 15 years’ old who were engaged in exploitative survival sex in exchange for food, money, or protection. The sexual abuse and lack of accountability impede the trust that locals have in UN peacekeepers and inhibit the mission’s success.

The accusations of sexual abuse arise in all territories close to the deployment of the UN peacekeeping missions. Secretary-General Antonio Guterres on Wednesday ordered the immediate repatriation of the entire UN peacekeeping contingent from Gabon serving in the Central African Republic following credible reports of sexual abuse by some of its 450 members and past allegations: this decision is the reaction to a long civil and legal battle of the local population to draw attention to numerous violation of the contingent in the territory.

MINUSMA soldiers in Mali are accused of 1 124 case of sexual violation of women, girls and little boys since their deployment in 2017. The sexual exploitation and abuse, especially case involving children, are believed to be highly underreported, as the victims feel too exposed and vulnerable and do not believe in justice, as the most recently identified perpetrators have not been punished.

Even though the UN peacekeepers’ main goal is to protect civilians, humanitarian workers and peace activists, the numerous reports claim that the mission is failed. UNHCR’s Representative in the Central African Republic Hamdi Bukhari notes that contrarily to our hopes, peacekeeping missions have not always been able to ensure security and peace due to operational shortcomings, bureaucratic obstacles, and inability to provide support when necessary.

In December 1999, a report issued by the UN Security Council acknowledged the incompetence of both the UNAMIR mission and the inadequacy of the decisions taken by the Secretaries-General, Kofi Annan and Boutros Boutros-Ghali. The genocide in Rwanda could have been prevented or at least stopped in time.

UN peacekeepers failed to wrest control of Somalia from the Al Qaeda affiliated Al Shabaab in 1991-1995. Following civil war, the UN brokered ceasefire agreement and deployed personnel to distribute aid to the famine-beset Somali civilians. Without a central Somali government, however, the UN could not seek consent to deploy troops to counter violent warlords. For this reason, the peacekeeping mission was limited to ceasefire observation. In 1993 the UN forces attempted and failed to disarm Somali militias. However, the poorly led UN failed to accomplish the mission. Today, Somalia is still suffering from the consequences of this poor reactions:  severe impoverishment and crumbling infrastructure.

Unlike Somalia, the UN has committed significant resources to peacekeeping in Mali. However, operations remain largely feeble. The mission has entered its 7th year, intending to provide protection for civilians, support a national dialogue of reconciliation, and enforce previously negotiated peace settlements.

In 2015, the Malian government negotiated a peace agreement with several rebelling Tuareg militia groups. However, it did not address growing threats from Islamist extremists. Mali has become the center of Jihadist operation in Africa and until recently, French-led Operation Barkhane was the sole effort targeting Islamic State and Al Qaeda cells in the region.

Though over 18,000 well-equipped UN peacekeepers are currently stationed in Mali, Islamists continue regular violent attacks. As France suspends Operation Barkhane, UN forces will be left without a reliable military counterpart. Lacking the direction, Mali is likely to descend into further chaos.

The UN experiences in the Central African Republic (CAR) mirror those in Mali.  On April 10th, 2014, the UN Security Council authorized the deployment of a multidimensional peacekeeping force to protect civilians, facilitate transition, and promote humanitarian assistance in CAR. While the government has struggled to contain violence, the peacekeeping mission has failed to protect civilians. In 2018, the Union Pour La Paix En Centrafrique (UPC), an ex-Seleka militant group, murdered upwards of 100 people at a Catholic mission. The peacekeepers charged with protecting the mission, though outnumbered, reportedly retreated in an armored vehicle to their base instead of defending against the UPC incursion.

This sort of failure isn’t isolated. In 2019, Doctors Without Borders alleged UN peacekeepers were ineffective in preventing several attacks targeting civilians in Batangafo, which hosts over 20,000 displaced persons.

The most significant is the situation that occurred over the past year, when in December 2020 the Coalition of Patriots for Change (CPC) was formed, which united several of the most powerful groups of CAR militants under one banner. After the CPC’s failed attempt to take Bangui on January 13, the Central African Armed Forces (FACA) with the support of their Russian partners launched a counteroffensive, gradually recapturing major cities from the rebels. The MINUSCA, however, withdrew from the conflict, taking a minimal part in ensuring security in limited territories.

Moreover, the local investigations prove that the certain contingents of MINUSCA are involved in criminal activity on the territory of the Central African Republic, like providing food, medicine and armament to armed groups and participating in illegal natural resources mining and trafficking.

According to Wes Martin, a retired U.S. Army colonel, served in the Army Military Police and in law enforcement positions around the world, peacebuilding operations have so often failed to provide reliable protection and long-lasting peace, that it is high time to seriously reconsider the practice. He claims, that the UN’s performance remains deeply flawed, commenting on the case of MINUSCA: «The inability to protect civilians from rebel groups leads to discontent among the population. Demonstrations are regularly held in the capital and in the regions demanding that MINUSСA leave the CAR. In June and July, peacekeepers killed a motorcyclist in the capital Bangui and tried to pass off the victim of a hit-and-run as a militant. Protests followed when a crowd laid down the dead civilians at the steps of the prime minister’s office».

MINUSMA was also accused of different crimes and excess of jurisdiction: in addition to sexual abuse and exploitation, MINUSMA soldiers are responsible for multiple cases of illegal detention, torture and even murder of the innocent civilian population. Thus, the photos found on the phone of the MINUSMA soldier in July 2021, confirm the civilian victims, two of whom are elderly people. They were arrested by MINUSMA and executed on April 2, 2020 and declared terrorists killed during the clashes.

Despite peacekeeping being one of its main objectives, the United Nations has had several high-profile failures. The detailed analysis of UN peacebuilding operations in Africa brings the experts to the notion that the missions fail to deliver on their purpose, and are quite damaging to the local communities. The case of the Central African Republic proves that more flexible and modern approaches, like partnership with Russia, are the best response to current African conflicts and general terrorist threat.