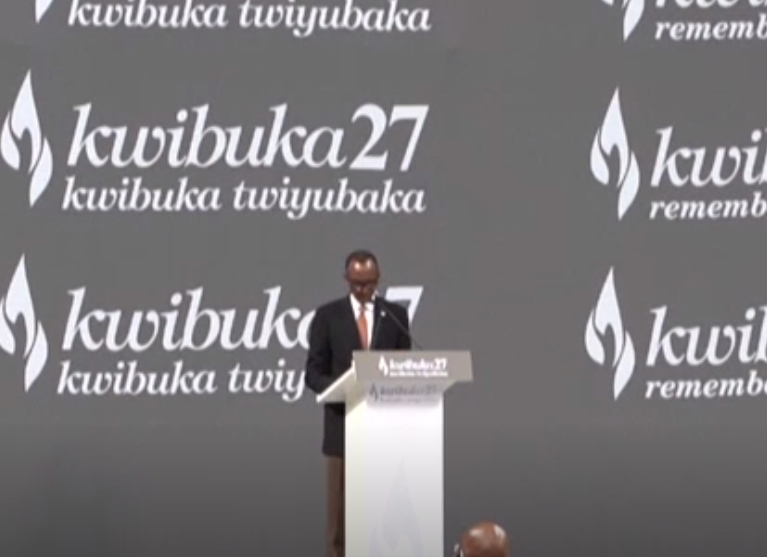 Rwandan President Paul Kagame on Wednesday welcomed a report concluding that France bears overwhelming responsibilities over the 1994 genocide against the Tutsis in his country.

A commission established by French President Emmanuel Macron said last month that France had « remained blind » to preparations for the mass killing of some 800,000 Rwandans, mainly from the ethnic Tutsi minority.

The damning report follows years of accusations that France did not do enough to halt the massacres and was even complicit in the crimes, and still poisons relations between the two countries to this day.

In his first remarks since the report’s release, delivered at a ceremony to commemorate the start of the genocide, Kagame said it « marks an important step toward a common understanding of what took place ».

« It also marks the change, it shows the desire, even for leaders in France, to move forward with a good understanding of what happened, » said Kagame, a former Tutsi rebel leader who has ruled Rwanda since the aftermath of the genocide 27 years ago.

Kagame and his wife Jeannette earlier lit a remembrance flame at the Kigali Genocide Memorial, where every year commemorations are held to mourn the dead.

The genocide between April and July 1994 began after Rwanda’s Hutu president Juvenal Habyarimana, with whom Paris had cultivated close ties, was killed when his plane was shot down over Kigali on April 6.

France had been « involved with a regime that encouraged racist massacres, » although there was no evidence that it had any « willingness » to join in the genocide itself.

« President Mitterrand’s closest advisers knew that a genocide against the Tutsi was being planned by their allies in Rwanda, » Kagame said.

« Despite that knowledge, the president decided to continue supporting them, because he believed this was necessary for France’s geopolitical position. Rwandan lives were just pawns in geopolitical games. »

Kagame said a parallel investigation carried out by Rwandan authorities would release its own findings this month, saying the conclusions « go in the same direction » as the French report.

But he criticised « the decades-long effort by certain French officials to cover up their responsibilities », saying it had caused « significant damage ».

« The important thing is to continue working together to document the truth, » Kagame said.