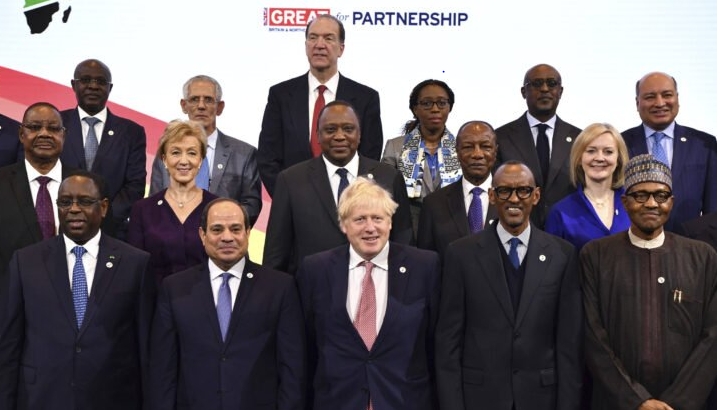 The UK government has published its long-awaited Integrated Review of Security, Defence, Development and Foreign Policy.

Despite all the talk of a British ‘tilt’ towards the Indo-Pacific, I am greatly reassured by the review’s commitments to actively engage with partners across Africa. It is well past time that the UK puts Africa at the forefront of its international strategy.

On security issues, the UK already cooperates effectively with partners across the continent. Britain works closely with nations in the Horn of Africa to counter the threat posed by Al-Shabab and recently signed a refreshed UK-Kenya Security Compact.

Since 2015, British forces have supported Nigeria in the fight against Boko Haram, helping to seriously degrade the terrorist group’s territorial presence. UK forces are also supporting the French-led Operation Barkhane against extremist groups in the Sahel. But for too long, Britain has neglected its trade ties and investment ties.

Before the pandemic struck, the world’s five fastest-growing economies were all African. By the end of this century, it could well be the most populous continent on the planet with the greatest growth in sub-Saharan Africa.

Regional leaders like Nigeria will inevitably be superpowers driving forward the global economy, and I have no doubt that the Nigerian successes we see today in music and the arts will be replicated in business, technology, and infrastructure. The same is true for many African countries.

A more prosperous Africa is straightforwardly good for Britain – and yet Africa accounts for just 2.5% of the UK’s trade. South Africa and Nigeria, the continent’s two largest economies, make up 60% of the entire UK-Africa trade relationship. Our investments lag well behind those of France and the United States. It is true that where Britain has idled, other less than democratic powers have stepped in.

China has aggressively used its Belt and Road Initiative to gain influence across Africa with the promise of easy-access financing for much-needed infrastructure. Eighteen months ago, Vladimir Putin launched the first ever Russia-Africa Investment Summit. Turkey and the Gulf states are also drumming up impressive investment opportunities and trade partnerships across the continent.

The UK is not about to rival China’s Belt and Road Initiative. But it can learn from China’s strategy of melding trade and diplomacy to build mutually beneficial partnerships.

African leaders understand that job creation, transport networks, power grids, renewable energy projects and digital infrastructure are the foundations of future growth. Chinese money has offered a seductive route to meeting these real-world development needs – even when the ‘debt trap’ strings attached can be punishing.

The UK must now seize the initiative. Last year’s Africa Investment Summit, which brought together 14 African leaders in London, marked an important step in the right direction. The Covid-19 pandemic should spur us further into action, as African economies look to bounce back strongly.
Nigeria, for example, recently exited recession and announced the largest infrastructure spending drive on record, pumping $2.63bn into the economy aimed at upgrading the country’s roads, railways and power grids.

The Buhari administration has also invested heavily in broadband to support its broader modernisation and diversification strategy. The UK should be facilitating trade cooperation on all of these issues, and participating in the growth of a country with unbounded potential.

With foreign and development policy now managed under one roof, I hoped to see a greater emphasis on using the UK aid budget to support this kind of infrastructural development, alongside valuable social projects to promote gender equality, education, democracy and other core values.

In this respect, the government’s mistaken decision to reduce the UK’s aid budget from 0.7% to 0.5% of national income at this crucial moment goes entirely against the grain of its ‘Global Britain’ vision, especially given the commitment to achieving the UN Sustainable Development Goals by 2030.

This will require substantial investment in many policies, in particular poverty, malnutrition, health, education and economic growth.

More promising is the UK’s grand ambition, laid out in the Integrated Review, to become a science and technology “superpower”. Whether in clean energy, sustainable agriculture or healthcare, there is significant scope for cooperation with Africa to form a key pillar of that strategy – supporting development and climate resilience in the process.

The launch of joint tech hubs with Kenya, South Africa and Nigeria in 2018 is an example of the type of constructive engagement, sharing expertise and creating jobs, that should be replicated elsewhere on the continent.

The UK and Africa enjoy longstanding cultural and historical ties. But the recent story of UK-Africa relations shows that neither latent cultural affinity, nor security partnerships, are enough to stimulate deeper trade relations. A concerted strategy for boosting trade cooperation around issues of mutual self-interest is required – the UK must act quickly.