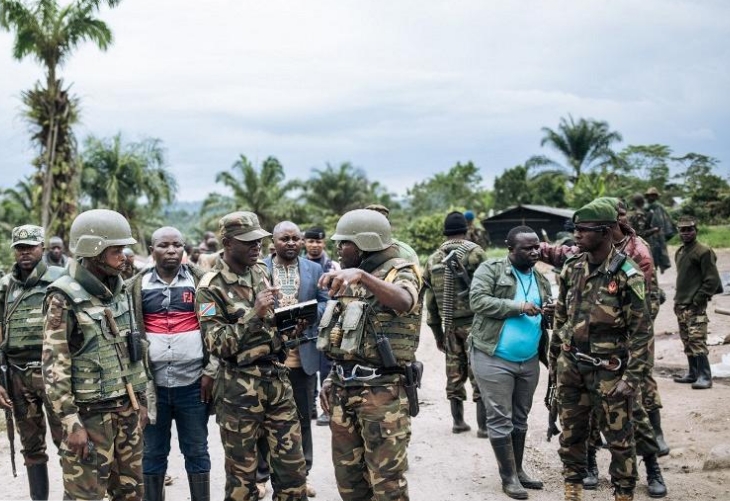 At least 15 civilians have been killed by militiamen in a village in eastern Democratic Republic of the Congo, a monitoring group said.

Men armed with machetes attacked the village of Bulongo in North Kivu province in the early hours of Monday and some of the victims were beheaded, according to reports.

The ADF is historically a Ugandan Islamist group that has holed up in eastern Democratic Republic of Congo since 1995.

It has the reputation of being the bloodiest of the 122 militias which plague the eastern DRC, many of them a legacy of the Congo Wars of the 1990s.

« 12 bodies have already been found (…) some are beheaded, others gutted, » said Kasali bin Kapepela, head of an association of local NGOs in the region.

Local people gathered to protest the attack. One young man was killed by a stray round and another was seriously injured when police opened fire to disperse the crowd, Jean-Paul Muhindo Katembo, a senior local administrator, told AFP

Since April 2019, the Islamic State (IS) group has claimed responsibility for some ADF attacks.

A source at the UN peacekeeping mission in the DRC, MONUSCO, said the attack occurred around 0100 GMT (2am local) in the Mutilipi district of Bulongo, and that the force had sent a rapid intervention unit in response.

The ADF has killed at least 1,219 civilians in the Beni area since 2017, according to the KST.

The United States recently designated the ADF among « terrorist groups » affiliated with ISIS.

The massacres have become more frequent since the DRC’s armed forces launched an offensive in October 2019, forcing the ADF to break up into smaller, highly mobile units, say experts.