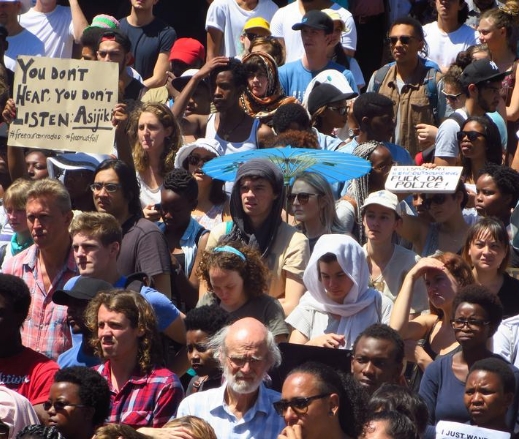 One person was killed on Wednesday after South African police fired rubber bullets to disperse a group of student protesters at Wits University in Johannesburg.

Students began sporadic protests in early January over the alleged exclusion of some students by a government-sponsored tuition aid scheme.

Wits University spokeswoman Shirona Patel said the victim was not their student.

« My understanding so far is that the protestors blocked a public road, the police tried to disperse them, and the passerby was shot in the crossfire, » she told AFP.

Enraged students gathered near the body, with some shouting at police officers to leave the area.

« Kill all of us, » one student was heard shouting.

Why are students protesting?

Students are demanding that Wits university allows all students with outstanding debt to register for the 2021 academic year.

They vowed to continue protesting against the financial exclusion of students.

The school authorities say that if it continues to accept students who have historical debt, the institution will become financially unsustainable.

Wits University says it has made available R20 million for students who are facing financial hardship and R100 million has been allocated to financial aid through bursaries and scholarships.

The students are demanding that those who owe the university up to 150,000 rand ($9,850) in fees still be allowed to register for the new academic year.

According to the Student’s representative, About 80, 000 students are still not registered because of that financial exclusion problem.