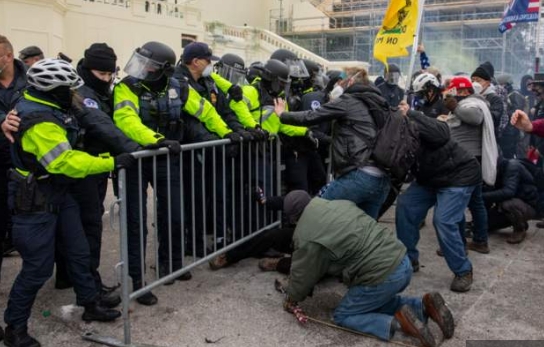 Isaac Sturgeon is accused of storming the US Capitol in January

A man linked to the violent riots at the US Capitol was on Monday arraigned at a federal court in New York after being deported from Kenya over the weekend, according to media reports.

He had been staying in the East African country since 24 January, according to court documents.

He was planning to return to the US in April.

Mr Sturgeon is accused of shoving a metal police barricade into police officers during the January riots.

He faces up to 20 years in prison if convicted, it adds.

The riots happened on 6 January during a joint session of Congress convened to count the electoral college votes and certify President Joe Biden’s victory in the 3 November elections.

They left five people dead, more than 100 police officers injured and millions of dollars in damage to the building.