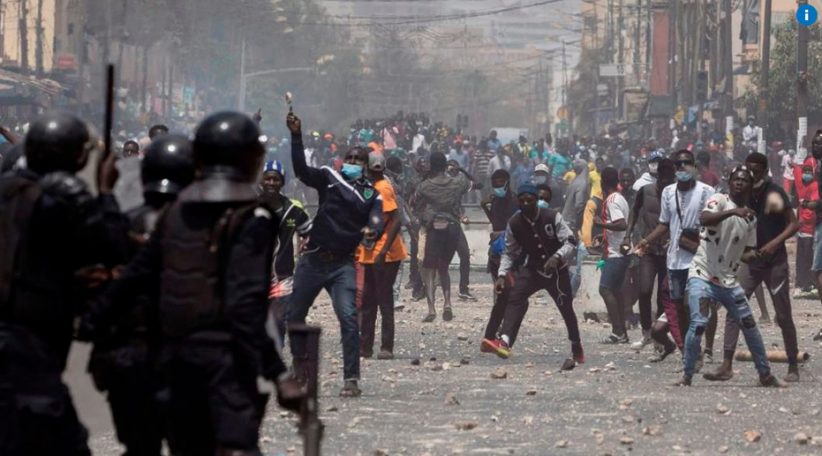 DAKAR, Senegal – A Senegalese court cleared the way Monday for opposition leader Ousmane Sonko to be released pending his rape trial in a case that already has sparked deadly protests that threaten to erode the country’s reputation as one of West Africa’s most stable democracies.

Sonko is widely seen as President Macky Sall’s greatest potential political challenger in the upcoming 2024 election and his supporters maintain that the allegations are aimed at derailing his political future. The ensuing protests, in which at least four people were killed last week, have been accelerated by broader, long-standing grievances with Sall’s administration.

Sonko’s supporters vowed to start three more days of demonstrations on Monday, and some indicated they would push ahead even as the opposition figure was expected to be released from custody later Monday after being formally charged.
Security forces deployed early across the capital of Dakar in a show of force aimed at preventing further unrest. As news of Sonko’s pending release spread, throngs of boisterous supporters descended on the courthouse waving Senegalese flags.

“The conspiracy has failed. Our client will go home,” attorney Cire Cledor Ly told reporters. “We have had this result thanks to the mobilization of the people.”

The violence has been the worst unrest to hit Senegal in nearly a decade, as demonstrators have sought to undermine Sall’s business ties with former colonizer France. In recent days crowds have set fire to more than a dozen supermarkets opened by French retailer Auchan, and have targeted Total gas stations.

The sight of burned-out cars and boarded-up shops is a rarity in Senegal, which has never suffered the military coups and dictatorships that have destabilized so many of its neighbours in West Africa over the past half-century.

The opposition coalition known as M2D has urged peaceful protests this week, urging the president “to take concrete action to meet the democratic demands of the Senegalese people.” Chief among those was the release of Sonko, charged with rape and making death threats.