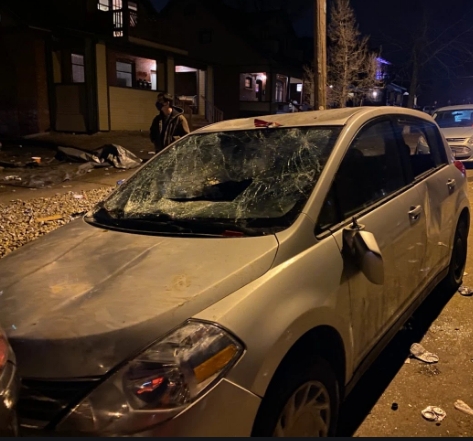 JOHANNESBURG – Attorneys for four jailed Ethiopian opposition figures say they will end their hunger strike on Monday after 39 days.

The lawyers said the health of the politicians deteriorated in recent days, and there were fears for their lives.

“The four individuals have decided to end the hunger strike as of today,” attorney Tuli Bayissa told The Associated Press.

The prisoners agreed to end their protest after a plea from “elders and notable personalities,“ another attorney, Ibsa Gemeda, said. The prisoners said they would not eat until the government released all Oromo political prisoners, authorization for political party offices in Oromia to open and operate freely, and an end to the alleged mistreatment of families of political prisoners during prison visitations, Gemeda said.

A request by the prisoners to be treated at a private hospital was recently implemented after weeks of denial despite a court order to its effect.

The jailed politicians include Ethiopia’s media mogul-turned-politician Jawar Mohammed, Bekele Gerba, Hamza Adane and Dejene Tafa. They were arrested along with at least 16 others following the killing of a renowned singer, Hachalu Hundessa, in June 2020. Amid outrage over the killing, violence targeting ethnic minorities claimed the lives of several dozen people, mainly in the Oromia region.

The jailed politicians face charges including conspiring to dismantle the constitution by force and other terror-related offences. The politicians say the charges are politically motivated.

Some ethnic Oromos feel their quest for more democratic space and the freedom to choose their leaders has not been fulfilled since Prime Minister Abiy Ahmed came to power in 2018. They accuse Abiy of not honouring his promises by arresting some politicians who returned to Ethiopia from abroad, including Jawar.

Abiy on Sunday urged citizens to choose whoever they want in the upcoming general election in June, but stressed citizens should prioritize peace.

“Our goal is to conduct an election that will make Ethiopia a winner. It will be a stage wherein everyone has an equal chance to convey messages,” he said while inaugurating a new road project in the Amhara region, according to the state affiliated Fana Broadcasting. “If we lose the election, we will peacefully hand over power to the winner and will make history. And if we win, we will take Ethiopia to the prosperity it deserves by working day and night.”

In recent weeks, some opposition parties like the Oromo Liberation Front and the Oromo Federalist Congress party have hinted that they may boycott the election, citing “widespread harassment of members, the closure of offices and even killings.”

Abiy also faces pressure, including from the United States, to end hostilities in the region of Tigray, which has seen deadly fighting since November as federal forces and their allies hunt down fighters loyal to the local administration in Tigray.

No one knows how many thousands of civilians have been killed. Humanitarian officials have warned that a growing number of people might be starving to death in Tigray.