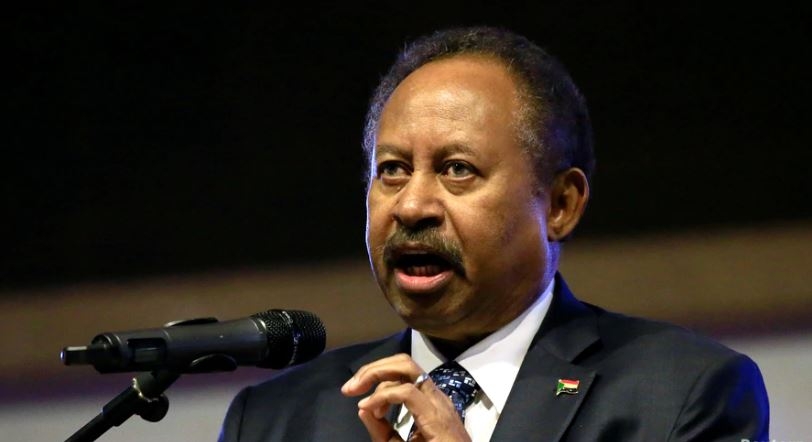 Sudan’s prime minister has replaced his finance, energy and health ministers and four other cabinet-level officials in response to growing public demands for sweeping reforms.

The government said in a statement Thursday that Prime Minister Abdalla Hamdok had fired Health Minister Akram Altom and accepted the resignations of six other ministers. No reasons were given for the removal of any particular minister.

Suleiman Baldo, a senior policy analyst at the Sentry, a Washington-based organization that tries to expose government corruption linked to African wars, told South Sudan in Focus the reshuffle was not unexpected, as it followed nationwide protests in which citizens demanded the transitional government implement economic reforms and hold former officials accountable for crimes.

“There’s a lot of popular frustration with delays in carrying out the agendas of the transition, noticeably in the area of justice and economic reforms to alleviate the very severe economic crisis and the crushing burden that the economic crisis is causing to people’s livelihoods and the dwindling of their incomes due to the crisis,” Baldo said.

Hamdok runs a power-sharing government of civilian technocrats and military officials, many of whom were allied with ousted President Omar al-Bashir.

The transitional cabinet was appointed in August and September 2019 after Bashir’s ouster in April.

Although Sudan’s constitutional document grants broad powers to the prime minister and his Cabinet, economic reforms are needed now, not later, Baldo said.

“I believe that the slowness in deploying these extensive executive powers is what frustrated people, including observers and analysts such as myself, in the sense that you could see that the Cabinet is not using the full extent of the constitutional powers that were granted to it, and therefore there was an objective reason to carry out this change,” Baldo told VOA.

Few had anticipated the firing of Ibrahim Albadawi, who steered efforts to stabilize Sudan’s struggling economy and worked with foreign donors as finance minister.

Hamdok named Hiba Mohamed Ali as caretaker minister. Baldo said the change would do little to relieve the dire economic straits the country is facing.

“Hiba Mohamed Ali was the right arm of former Minister Badawi, in the sense that she was in charge of several policies that the ministry was pursuing and overseeing the implementation of many of these policies and therefore she is no stranger to the policy line,” Baldo said.

Even though U.S. sanctions on Sudan were lifted in October 2017, which brightened expectations among many that the economy would improve, Sudan’s economic situation continues to deteriorate. According to the transitional government, the inflation rate has reached 64% this year. Financial experts say it could be closer to 100%.

Costs of basics on rise

The prices of basic commodities like fuel and food have more than doubled since last year, and the Sudanese pound has depreciated threefold against the U.S. dollar in the same time period.

To achieve meaningful reforms, Hamdok should use his executive power to bring the army and other Sudanese military forces under the Cabinet’s control, Baldo said.

“We do have a Cabinet that has full executive powers, but the real powers in terms of physical power, in terms of the control of weapons and the control of money, is in the hands of the security sector institutions of the army, the police and the rapid support forces, in addition to the general intelligence services,” Baldo told VOA.

Hamdok told Sudanese in a televised address on the eve of nationwide rallies June 30 that his government would respond to demonstrators’ demands for peace, faster economic reform, and justice for the hundreds of people killed and injured during protests to topple Bashir. One person was killed and several others were injured during the demonstrations held just over a week ago.