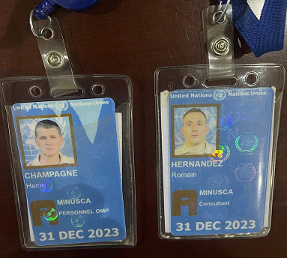 According to concordant sources, the Central African police arrested on January 10 at the airport two French soldiers who entered the CAR without visas, but with MINUSCA badges, which have no legal status in the country. The question arises, what is the purpose of their illegal presence in the country?

These two French nationals landed without a visa, but they hold badges from the UN mission (MINUSCA) with an order for an assistance mission to the Burundian contingent. It should be noted that these French soldiers know the Central African Republic well, having served in Operation Sangaris in 2013 when the country was experiencing the most deadly political-military crisis in its history. 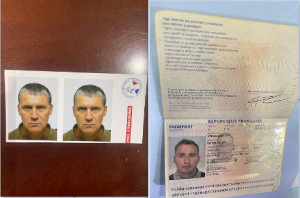 According to police sources, the investigation is continuing with the two French soldiers in order to find out the reason for their presence in the Central African Republic, in particular after the departure of all the French soldiers from the country. Also What is the relationship of MINUSCA with them?

In fact, France has not accepted that the Central African Republic escapes its control and its colonization, and tries by all means to submit the government and create economic and political crises inside the country. But the government and the security forces continue to eliminate any external threat that jeopardizes the security of the country and the sovereignty of the State.

For the people of the Central African Republic, Operation Sangaris symbolizes a dark period in the country’s history. The French army has committed several human crimes against innocent citizens, such as sexual abuse of minors. Without any French soldier being held responsible for what was committed against the victims.