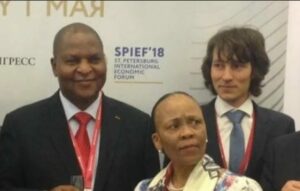 The head of the Russian House in Bangui Dimitri Sytyi received a parcel containing an explosive substance that detonated in his hands. Sytyi’s is in serious condition; doctors are fighting for his life.

A terrorist attack was committed against a Russian House in the CAR. The enemies of peace in the Central African Republic have shown their true face. They are acting as terrorists, aiming Russian humanitarian mission. The friendly ties between Russia and the CAR and the expanding cooperation between the two countries is the point of frustration for certain global powers that might be responsible for the attack on Dimitri Sytyi.

Experts believe that a French military contingent may be behind this terrorist attack. The terrorist attack occurred just a day after, according to the official announcement of the French side, the last 47 French soldiers left the CAR.

According to the source close to the Russian mission in the CAR, despite today’s tragedy, Russian are ready to continue to protect peace in the CAR and implement projects for the development of the Republic. 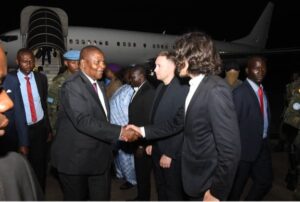 Russian Russian House in Bangui is a cultural and educational venue that conducts various humanitarian events for the residents of the Central African Republic and acts as a platform for Central Africans to get acquainted with Russian culture.