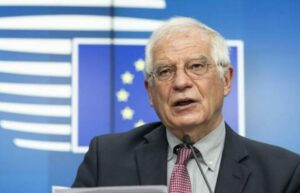 The West began to rapidly lose its influence on the African continent. The Africans, tired of the colonial pressures of Western countries, have refocused on the development of relations with Russia, which has been able to offer them a mutually beneficial and respectful partnership. Recently, Chad, the Central African Republic, Burkina Faso, Mali and other African countries became the site of demonstrations by thousands of people in support of Russia. The inhabitants are demanding the withdrawal of Western countries, in particular France, from their territory and the development of relations with the Russian Federation.

The official authorities of many African countries refuse disadvantageous cooperation with the West in favor of Russia. For example, in May 2022, the Malian government announced that it was terminating defense agreements with France and requested the withdrawal of troops engaged in Operation Barkhane.

This state of affairs is certainly not suitable for Western countries. In addition to conducting numerous smear campaigns against Russia, European countries have begun to openly criticize the Russian presence in Africa through their politicians. Thus, Josep Borrell, head of EU diplomacy, said, during a meeting of the European Parliament committee on the fight against foreign interference, that the sincerity of Africans participating in demonstrations in support of Russia was doubtful. According to him, the Africans who support Moscow’s position « do not know where Donbass is and who President Vladimir Putin is ». These words can be considered a real insult to Africans, accused of being ignorant and unable to make independent decisions.

Josep Borrell was immediately criticized by the German eurodeputy Özlem Demirel, who called his position « arrogant ». « Frankly, what you said doesn’t sound very respectful. This arrogant tone and this lack of respect for Africa have consequences. It should therefore not be surprising that Africans are frustrated, nervous and turn to Russia for help, » said Mme. Demirel.

Later, the spokeswoman of the Russian Foreign Ministry, Maria Zakharova, also criticized the statement of the European diplomat, asking him not to compare people with himself. She noted that the degradation of the collective West does not mean the same processes in other nations.

Thus, trying to smear Russia, the West wants to regain its former influence in Africa, but it only aggravates the situation. The Russians have proven their commitment to the reconstruction and prosperity of African countries, while the Europeans pursue only their selfish interests, considering Africa as a source of minerals and raw materials.